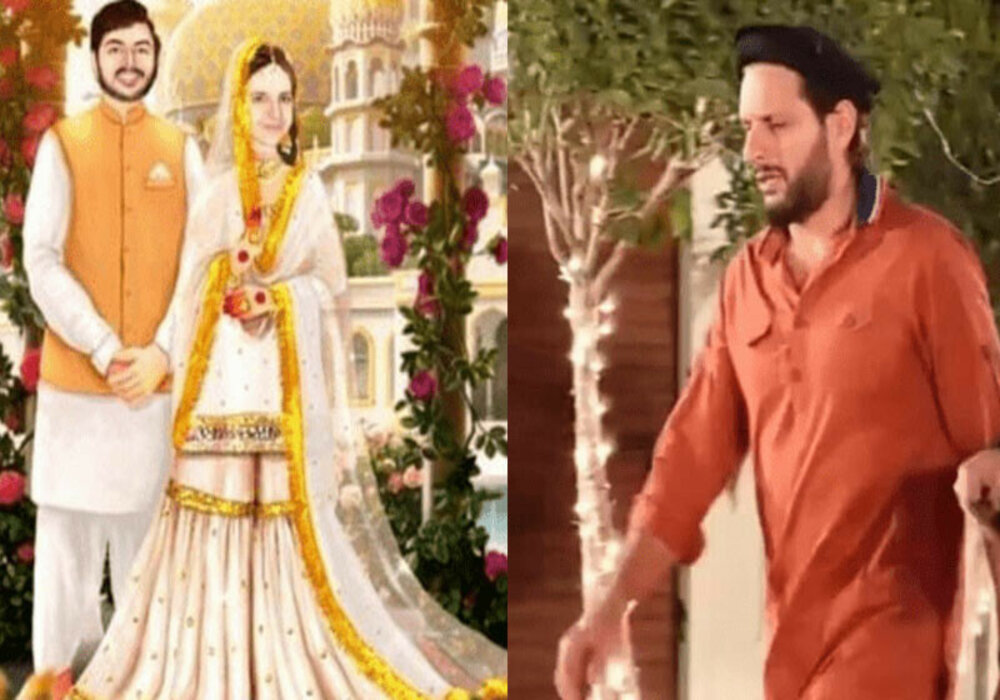 The wedding ceremonies started on December 29 after which they got married on the afternoon of December 30 (today), the video of which went viral on social media.

Aqsa Afridi is married to a boy named Naseer Nasir about whom the Afridi family did not provide any information. The wedding ceremonies were kept very secret and were attended by close relatives and friends of both families.

From the video of the Nikah, it could be heard that the ‘right seal’ of Aqsa Afridi was kept 131 tola of silver, which is currently worth Rs260,952.

In the viral video of the marriage, Shaheen Afridi can be seen there also whose marriage is fixed with Shahid Afridi’s second daughter in February of next year. Shaheen got engaged to Insha Afridi in March.

After the engagement in July this year Shaheen Afridi also hinted at marriage soon but said that his fiancée was just completing her education while he was currently focusing on cricket.

According to reports, the cricketer’s marriage will take place before the upcoming season of the Pakistan Super League (PSL) and all the ceremonies will be held in Karachi.