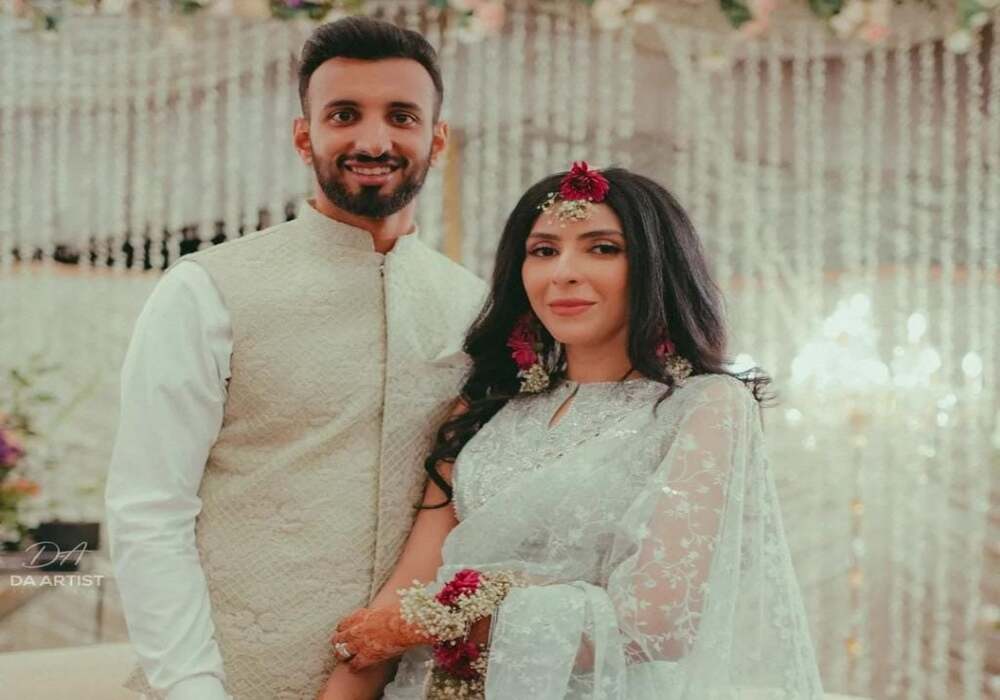 National team’s batter Shan Masood has tied the knot after which his photo shoot with bride Nische is going viral on social media.

In the pictures shared by the photographers of Shaan’s marriage ceremony, it can be seen that both the bride and groom seem happy.

Today is Shan Masood’s baraat on January 21, while the card of 33-year-old Shaan’s Walima also came out, according to which his walima will be held in Karachi on Friday, January 27, in which many cricketers and celebrities will come.

Earlier Shan Masood told that his wife belonged to Peshawar and is an old friend which is now turning into the best relationship and he is very happy that he is getting the best partner in life.