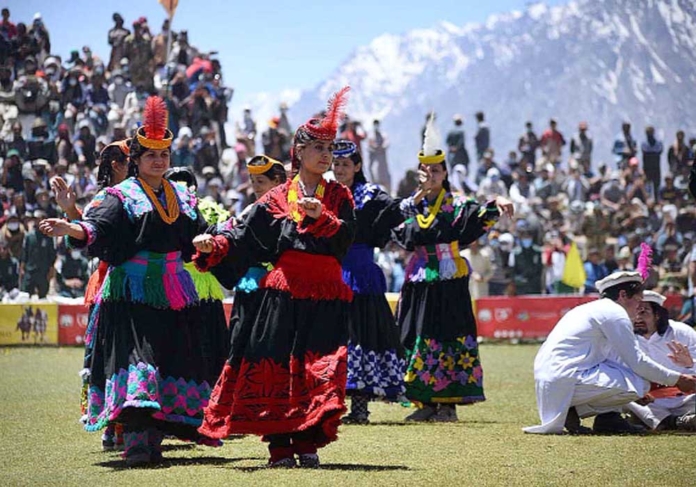 The three-day Shandur Polo Festival kicked off on Friday with a colourful opening ceremony held at the world’s highest polo field with an altitude of 12,500 feet in Khyber Pakhtunkwa’s Chitral district.

The polo teams presented a march past at the opening ceremony while children from different schools recited the national anthem. On the occasion, local artists performed Kalash, Chitral and Khattak dances and songs. Paragliders and paratroopers, who gave performances, received special tributes from the spectators at the inaugural ceremony which was jointly organized by the Khyber Pakhtunkhwa government and Frontier Corps North. On the first day of the Polo Festival, three matches were played between different teams. 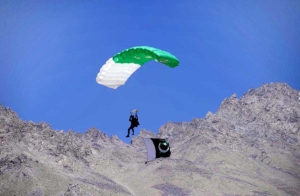 A large number of tourists from all over the country flocked to the area to enjoy the festival. Senior civil and military officials, local administration officials and a large number of locals attended the event. The three-day festival features polo matches as well as fireworks and campfires for the participants. The festival couldn’t take place for a few years due to Covid-19-induced restrictions, but it is being held this year with the consent and mutual coordination of both the K-P and G-B governments.