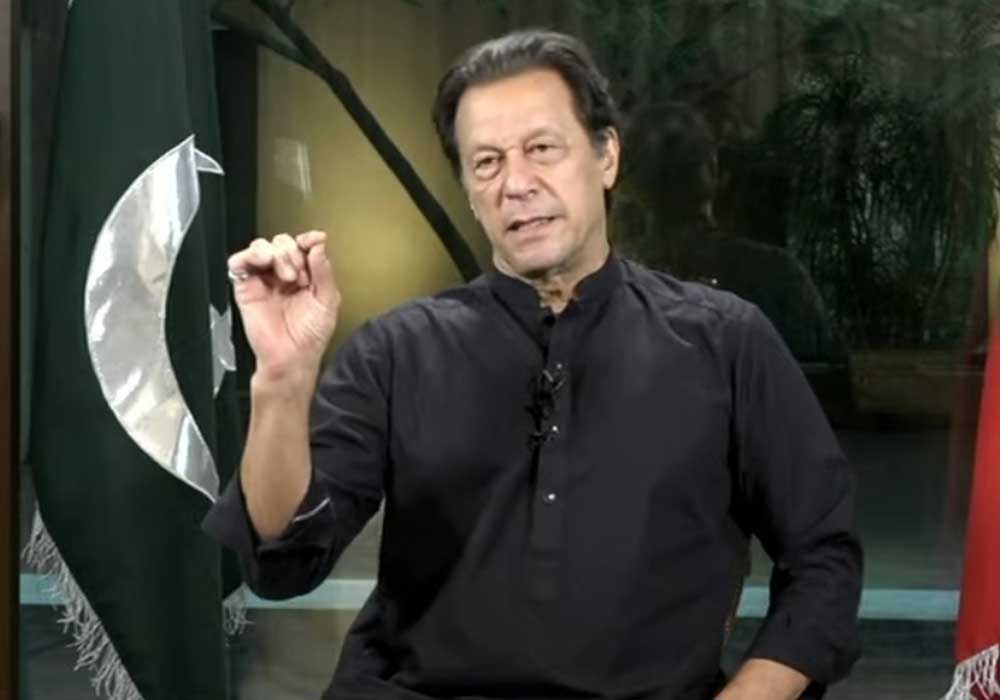 Pakistan Tehreek-e-Insaf (PTI) Chairman Imran Khan has said that two families has weakened the institutions so much that they got used to martial law. He termed the return of Suleman Shehbaz as NRO-2.

Imran Khan has said that the new army chief should not follow the policies of the old army chief.

During a meeting with YouTubers in Zaman Park, the former prime minister criticized Nawaz and Zardari, saying that the two families weakened all institutions. He admitted that when he came to power all kinds of the mafia were present but he could not take action.

Imran Khan said that everything was being done only for corrupt people. Talking about the case of Arshad Sharif he said that the FIR should be on the wishes of his mother. In his conversation, Imran Khan once again described overseas Pakistanis as a big asset and said that if overseas Pakistanis will invest then Pakistan does not need to ask any other country.

Regarding the Wazirabad attack, He said that the attack on him was planned for two and a half months and after the incident, the videos of the attacker were released for a special purpose.

Imran Khan said that earlier also NAB was under the established and it only kept laying hands on the weak. He said that when PTI came to the government there was all kinds of mafia but could not take action against them.

PTI chairman further said that the only way to stop religious extremism was to give more knowledge of religion to the people.