HRCP expresses dissatisfaction over acquittal, says justice was not done to Perween Rahman 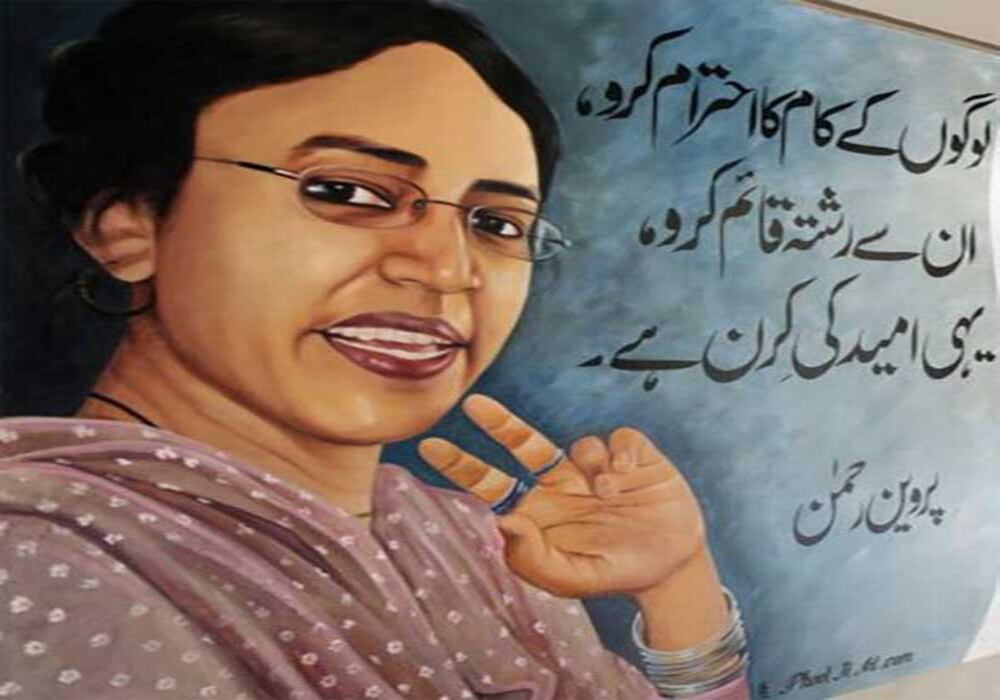 The Sindh High Court (SHC) on Monday acquitted all five men sentenced in the murder case of renowned rights activist Perween Rahman – who was shot dead in the metropolis in 2013 – citing a lack of evidence.

The court allowed the appeals against the sentences of the accused and declared the sentences null and void. The court in its decision said that if the accused in the Perween Rahman murder case were not wanted in other cases, they should be released.

The SHC also issued a 38-page written decision on the appeals of the accused, in which it said that an important aspect of the case was the interview given to a journalist in 2011 by Perween Rahman, whether that interview is admissible or not.

The judges also agreed with the appellants’ lawyer on the contention that Rahman’s interview, which she gave in 2011 and aired after her murder, was inadmissible evidence. The court concluded that it be excluded from the case.

Perween Rahman, head of the Orangi Pilot Project, was murdered in 2013 and the accused named in the case were sentenced to two-term life imprisonment by the Anti-Terrorism Court in December 2021.

The court said that the lawyers of the accused were of the opinion that the interview had no status legally. It was not recorded before the court, it said.

It has been further stated in the court decision that the interview of the deceased may have been done keeping in view the law and order situation in Karachi. The JIT member of the case, Babar Bakht, also said in his statement that the deceased in her interview general accusations were also made against the political parties.

The JIT member said that there was no specific charge against any of the accused who were facing the case, while the prosecution had not even proved which political party the accused Raheem Swati belonged to.

According to the decision, the shells of the bullets found at the scene matched the pistol of accused Qari Bilal, who was killed in a police encounter. No such weapon had been recovered, and no connection of the accused with Qari Bilal had been proved, the court remarked. “The prosecution had not made any further investigation in this regard, so this evidence has no value.”

It concluded that even if all pieces of evidence were admitted, they failed to prove the charge against the accused beyond a reasonable doubt. The court also ruled that the “required ingredients” of the charge of abetting the crime were not proved against any of the accused.

The court said the accused were entitled to the benefit of the doubt as “many doubts concerning the appellants’ involvement in the murder case of the deceased” were found.

Hence, the court ruled that all of the five men were acquitted and the trial court’s verdict was set aside. They shall be released unless wanted in any other custody case, the court directed.

Meanwhile, the Human Rights Commission of Pakistan (HRCP) expressed its dissatisfaction over the acquittal and said that “justice was not done” in the case given the crime’s gravity and the substantial evidence on record.

HRCP Chairperson Hina Jilani said the organization was concerned that the accused would “pose a grave and imminent threat to Ms Rahman’s family and her colleagues” at the Orangi Pilot Project.

“We urge the Sindh government to detain the accused under the relevant laws and to provide her family, colleagues and legal team adequate security,” Jilani said.

The HRCP also demanded that the Sindh government must file an immediate appeal against the court’s judgment, while the state as a whole should “reflect on its ability to provide justice to victims of violence”.