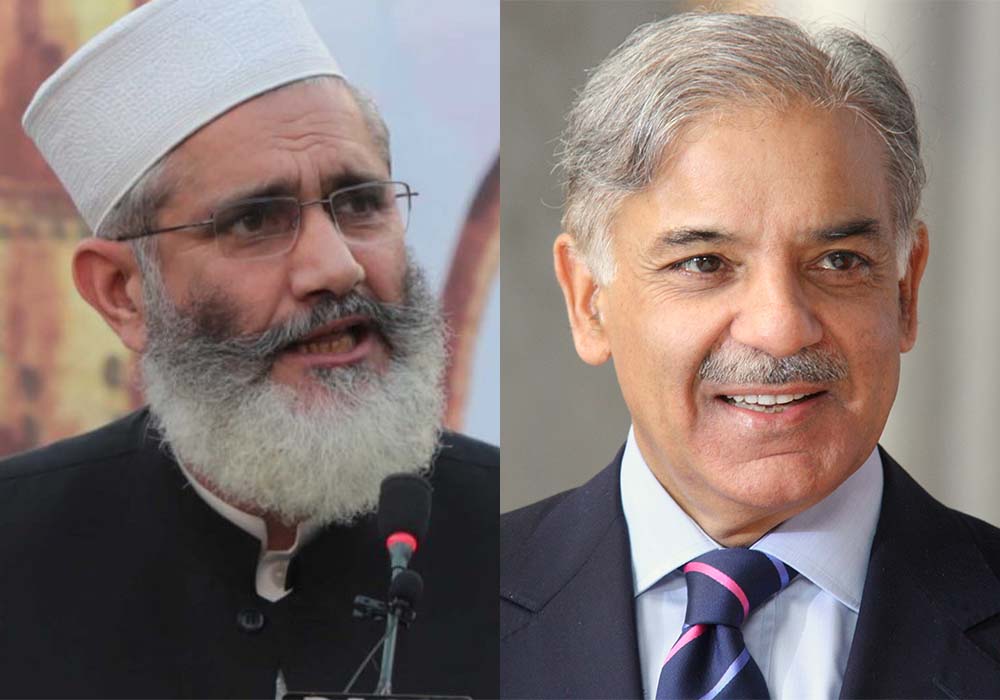 Pakistan Muslim League-Nawaz (PML-N) President Shehbaz Sharif on Monday made telephonic contact with Jamaat-e-Islami (JI) Ameer Sirajul Haq in his efforts to form a united alliance against the government.

JI spokesperson Qaisar Sharif told the Minute Mirror that the opposition leader in National Assembly highlighted the need to form a united alliance of anti-government parties in the parliament.

“We have already decided to oppose the anti-people policies of the PTI government,” he said, adding that the JI proposed that reforms in electoral system should be made with the consensus of political parties. He said the JI believed that government reforms, without taking on board the opposition, would create further political crisis.

Meanwhile, the JI chief Sirajul Haq has said the PTI had completely lost public confidence and now tried to create controversies by using the forum of parliament.

The JI, he said while talking to party leaders at Mansoora, Lahore, on Monday, would oppose the government tactics to take control over institutions and create further political crisis.

He said the PTI issued countless presidential references in three years, bypassing the National Assembly and Senate. The PTI’s freshly proposed legislation, he added, had nothing to do with the public interest.

The JI chief who reached Mansoora on Monday after spending three days in southern Punjab, told the party leaders and workers that he met farmers, labourers, teachers, and religious scholars during his stay in Multan and felt the public was desperate and frustrated due to skyrocketing inflation, unemployment and poverty.

This government, he said, failed to provide any relief to the masses in more than three years. The prime minister’s slogans to bring real change and transform the country into Medina proved a lie, he said, adding it had been proved the government lacked vision and capacity to fix the issues.

“We need to change the system,” he said, appealing to the masses to reject the status quo and to cooperate with the JI to bring real change.

He said the life of a common man became miserable due to government policies. The IMF, he added, took virtual control of the government.

The interest-based economy and capitalism ruined the country and institutions, he added.

The PTI, he said, had kept the status quo and policies of the former governments intact. He said the masses should take a stand now and launch a peaceful democratic struggle to put the country on track and get rid of the feudal lords and corrupt imperialists.