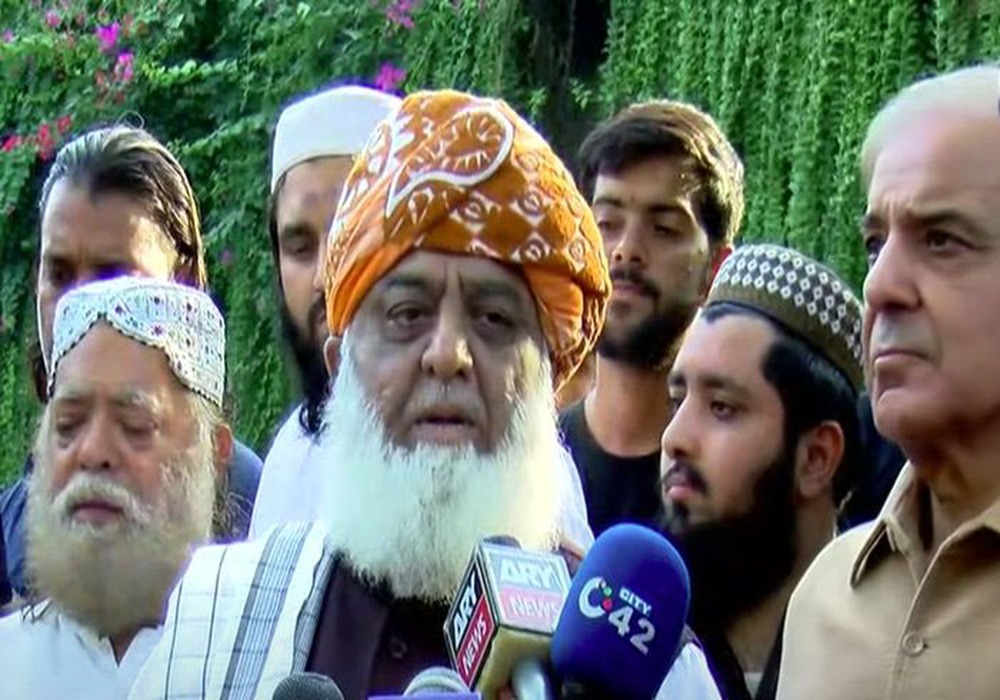 Both the leaders were unanimous in saying that holding a transparent election was the only way to steer the country out of the crises. The heads of both the parties said that elections must be held immediately to put Pakistan on the path of progress. They were talking to the media in Lahore after a meeting at the residence of Shehbaz Sharif in Model Town. It was Fazl who convinced Shehbaz to come outside his residence to talk to journalists.

Matters related to the Pakistan Democratic Movement (PDM) were also discussed in the meeting. Talking to the media, the PML-N president said that a detailed discussion on the current situation was held. “It is the worst-ever situation that Pakistan is facing currently, where the masses are badly hit by hyperinflation and unemployment,” Shehbaz said. He was of the view that the people of Pakistan were badly hit by gas and electricity tariff, while the incumbent government was ‘asleep at the wheel’ as the prices of sugar and flour were increased frequently. Dengue virus has literally wreaked havoc, but the government is in deep slumber, Shehbaz said. “The only way to put Pakistan on the path of progress is immediate free and fair election,” he said. We’ll have to work hard day and night to bring Pakistan at the point where it was in 2018 when the PML-N left the government, he said. “Yes, a long march is necessary against… to oust this government that has made the life of a common man miserable,” he said in reply to a question. When asked about new changes within the army, Shehbaz said that Imran Khan mishandled this sensitive matter. “Modi couldn’t harm this institution but Imran did,” said the opposition leader.

Speaking on the occasion, Fazl said the PDM was intact and committed to achieving its targets. “The PDM will hold large public gatherings in Faisalabad and DG Khan on October 16 and October 31, respectively,” Fazl said, adding that a large number of people would participate in Mufti Mehmood’s conference scheduled in Peshawar this month. Fazl said every segment of society was frustrated due to bad policies of the government. Doctors, teachers, farmers, lawyers and government employees are on the roads against the anti-people policies of the incumbent rulers, he said. “Immediate elections are need of the hour in Pakistan,” the PDM head said.