Shehbaz has gone to Qatar for ‘begging’: Imran 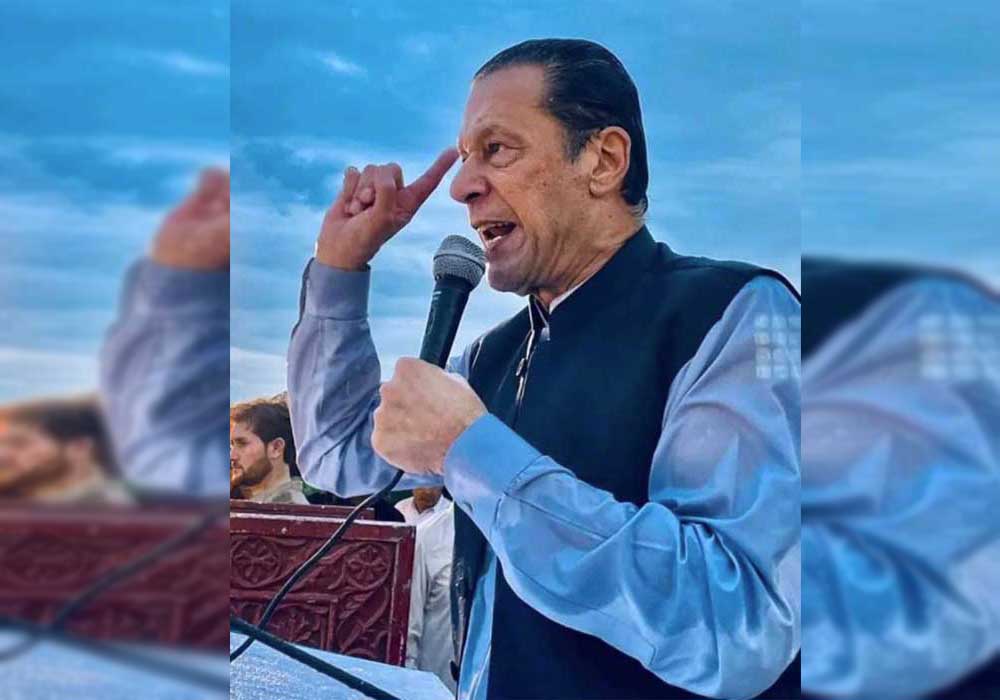 Pakistan Tehreek-e-Insaf (PTI) Chairman Imran Khan on Wednesday said that Prime Minister Shehbaz Sharif, along with 40 other “thieves”, had gone to Qatar for “begging”.

“No one will give them money as everyone knows that they [incumbent rulers] are thieves. We have to free Pakistan from these thieves,” he said while addressing a rally in Haripur, Khyber-Pakhtunkhwa. The former premier said that Pakistan was defamed for registering a case with terrorism charges against him. “The imported government has planned to arrest me as if I were a major terrorist.”

He said that the Indian government never makes a decision where it sacrifices the lives of its citizens for someone else. “We lost lives of 80,000 Pakistanis for participating in the American war… We will not sacrifice our people for any country for the sake of our foreign policy.”

The PTI chief claimed that when his government tried to buy cheap oil from Russia, they were removed from power via a conspiracy and an “imported government” was imposed upon the nation.

“The nation will never accept them and I will stand for the rights of my nation,” he added.

The ousted premier said that PTI leader Shahbaz Gill left his job in the US and came to Pakistan but he was sent to jail. “What did I say that cases were registered against me,” he questioned.

He said that the PTI was not against institutions. “We have only one demand and that is to conduct free and transparent elections in the country.” He further said that he is preparing people from all over the country to protest, urging everyone to wait for his call.

This comes as PM Shehbaz travelled to Qatar in the hope of generating trade and investment for cash-strapped Pakistan, his office and aides said. “I will highlight the exciting investment opportunities in Pakistan’s various sectors such as renewable energy, food security, industrial and infrastructure development, tourism and hospitality,” Sharif said in a statement on Tuesday before setting off.

The country is in economic turmoil with a balance of payment crisis. The foreign reserves have fallen to as low as $7.8bn, hardly enough for more than a month of imports.

In a statement shared with a Qatari media outlet, the Pakistani ministry of foreign affairs said it as Sharif’s first visit to Qatar since assuming office in April this year.

“During the visit, the prime minister will hold in-depth consultations with the Qatari leadership. The two sides will review the entire spectrum of bilateral relations, with a particular focus on advancing energy-related cooperation,” it said.