Shehbaz is here to stay, says Bilawal on vote of confidence 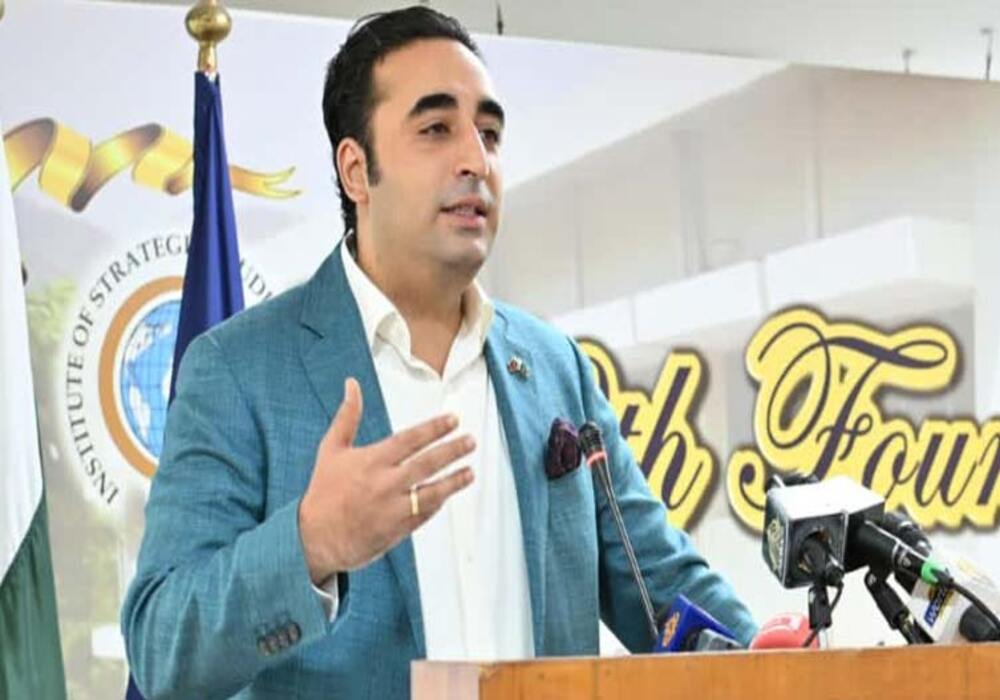 Pakistan People’s Party (PPP) Chairman Bilawal Bhutto Zardari on Saturday said that parties should go beyond religious and linguistic politics, adding that their competition in Karachi and Hyderabad was with Jamaat-e-Islami (JI). Talking to a private news channel, the foreign minister urged the masses to exercise their democratic right for the development of the metropolis.

Responding to another question about the future of their alliance with MQM-P, the foreign minister said that they tried their best to save the alliance. All the political parties, including PPP, have reservations over the delimitation of the constituencies, he added.

“The PPP raised the most [number of] objections over the delimitation,” Bilawal said, adding that despite all the concerns, his party was contesting elections. He claimed that he believed that Imran Khan-led Pakistan Tehreek-e-Insaf (PTI) would form government neither in the Center nor in Punjab.

He categorically denied the reports that Prime Minister Shehbaz Sharif would be ousted through a vote of no confidence. He added that the current federal government would complete its tenure. “The country is already suffering from the financial crisis due to devastating floods so early general elections could be the daydream of some power-hungry people,” he added. He said that the PPP could give surprise if the elections were held in Punjab after the dissolution of the provincial assembly.

He noted that it was not possible to change the delimitations of constituencies after the election schedule. He stressed the need of a local government system, saying that it could have helped the flood victims in a better way.

He also urged the people of Sindh to exercise their right to vote, reiterating that the local government system could work for the improvement of cities.

Separately, PPP leader Aseefa Bhutto Zardari, in a message to the workers and supporters, urged the people to fulfill their responsibility by casting ballot in the LG elections.