Shehbaz thanks India’s Modi for condolences over flood losses 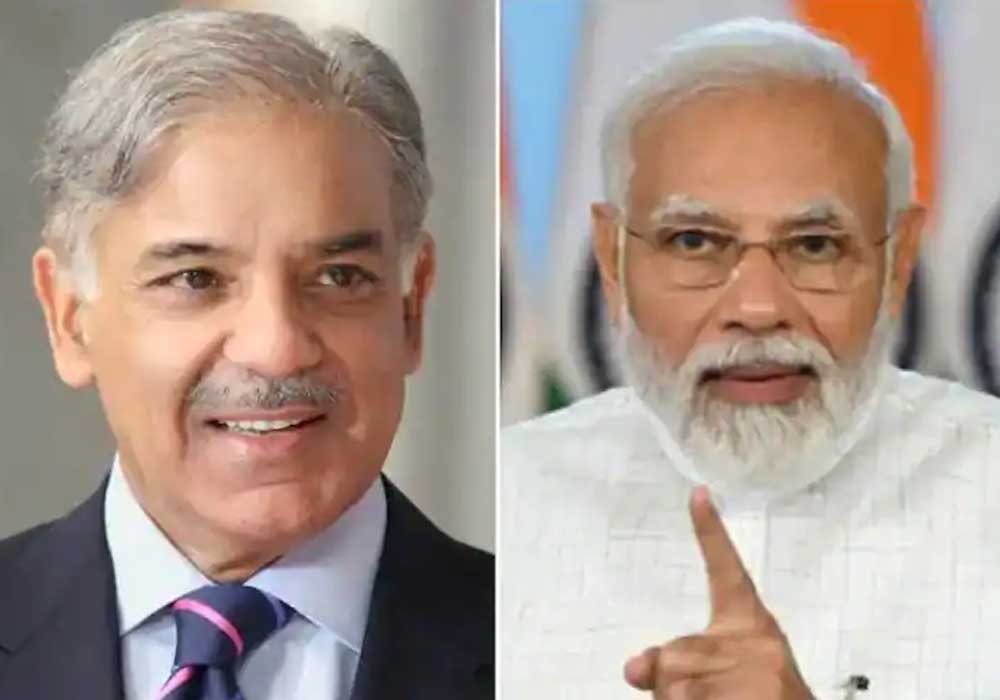 Prime Minister Shehbaz on Wednesday thanked his Indian counterpart Narendra Modi for condolences over the human and material losses caused by floods in Pakistan.

The prime minister, in a Twitter post, expressed his confidence that with their characteristic resilience the people of Pakistan would Insha’Allah overcome the adverse effects of the natural calamity, and rebuild their lives and communities.

Meanwhile, Shehbaz expressed his gratitude to the governments of the United States and Switzerland for the announcement of humanitarian assistance to the flood-affected people of Pakistan.

In a tweet, the premier said that they were grateful to the United States government for the announcement of humanitarian assistance for the flood victims in Pakistan.

“The tragedy is massive with millions of people gravely affected & we need our friends around the globe to help the suffering humanity,” he added.

The PM, in a separate tweet, also appreciated Swiss President Ignazio Cassis for his message of solidarity with the people of Pakistan at this difficult time.

“We gratefully acknowledge the President’s gesture of sending a team of Swiss experts to do the need assessment for humanitarian support,” he added.

In a related tweet, the prime minister also thanked Canadian Prime Minister Justin Trudeau for his thoughts and sympathies on the loss of precious lives and unprecedented devastation in Pakistan.

“Canada has been a great friend & we are grateful that the Canadian govt is taking steps to support the flood victims,” the PM posted in a tweet.

The PM, in his response to the message of sympathy from his British counterpart Boris Johnson, tweeted that Pakistan was a ground zero for climate-induced catastrophe.

He said Pakistan gratefully acknowledged the British prime minister’s message of sympathy and support for the flood victims.

“We look forward to our friends to step up to the plate and help the suffering humanity,” he commented.

The British prime minister, in a tweet, said it was heartbreaking to see the continuing devastation wrought by the floods in Pakistan. “My thoughts go to the victims and those helping with an heroic relief effort. The United Kingdom is sending support and continues to stand by the people of Pakistan in their hour of need.”