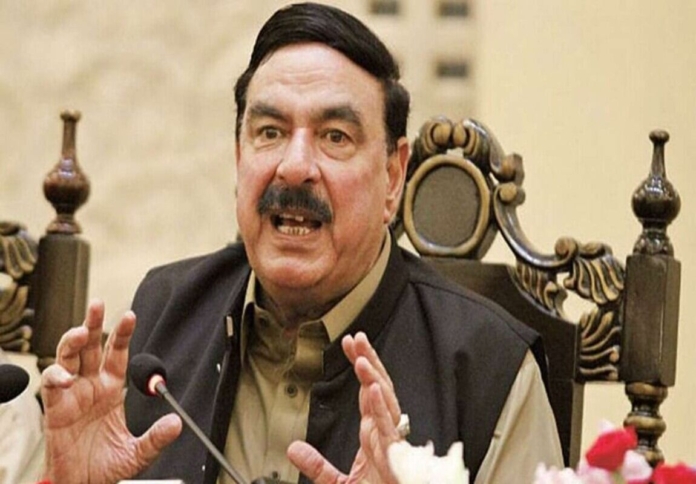 Sheikh Rasheed approached the court of Additional Sessions Judge Khursheed Alam Bhatti. The court issued notice to the director of the Evacuee Trust Property Board (ETPB) to appear before it on Tuesday with a complete record warning the ETPM from taking any illegal action.

The former interior minister maintained in the petition that Lal Haveli is his property for decades and he was being targeted on basis of political vendetta.

The court adjourned further hearing of the case till October 24.

Sheikh Rasheed has said that after not being able to find anything against him during the investigation of his tenure at 16 ministries, Lal Haveli was now being targeted. He added that this was not nine zero.

Sheikh Rasheed, along with his brother Sheikh Siddique, was served notices to vacate Lal Haveli. Asif Khan, deputy administrator of ETPB had warned that the occupied property will be reclaimed with police’s help if not vacated within seven days. He had also requested deputy commissioner Rawalpindi for police assistance on October 19.

Asif Khan also said that despite several hearings in this regard, Sheikh Rasheed and his brother failed to submit authentic documents.