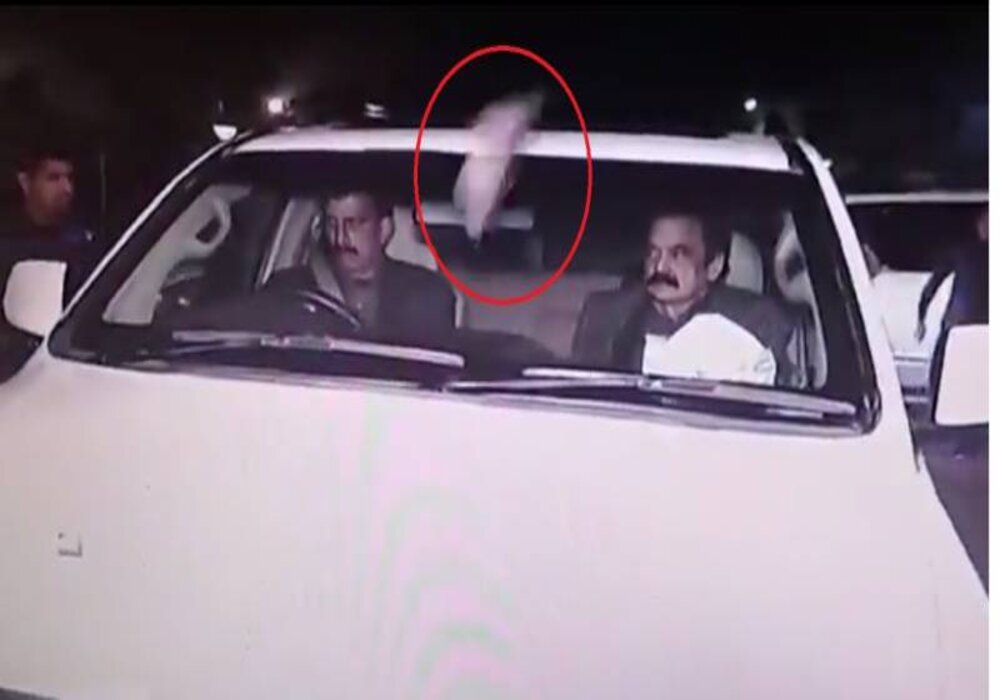 While Interior Minister Rana Sanaullah was leaving the Punjab Assembly after attending the session an unidentified individual threw a shoe at his car on Tuesday.

The sneaker that was thrown at Rana Sana’s automobile reportedly struck the windscreen when the interior minister was seated in the front seat.

After Sanaullah and Special Assistant to the Prime Minister Ataullah Tarar were denied access to the building but pushed their way inside as the session restarted, mayhem broke out at the assembly’s entrance gate.

Following the incident, PML-N personnel detained a guy and brought him to the opposition’s chamber.

According to the PML-N leaders, Rashid Hafiz, a PTI MP from Rawalpindi was driven by the individual who threw the shoe.