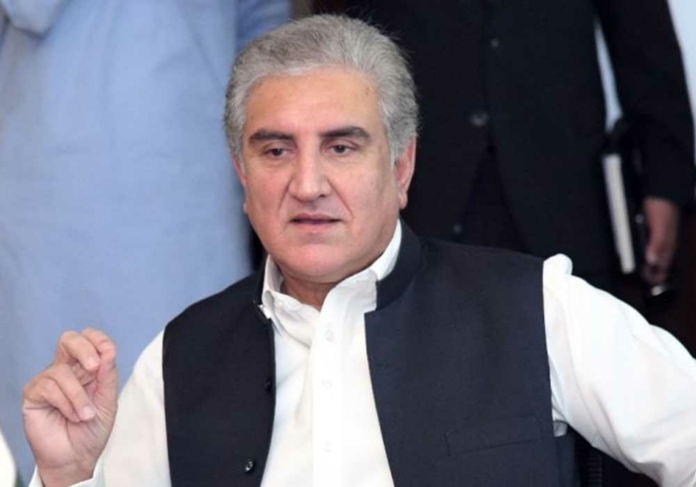 Shah Mehmood Qureshi has said that Imran Khan has decided that the convoy will keep moving. He said that Imran’s narrative has been delivered to the people and nobody could spread fear among PTI workers.

Addressing the participants of PTI’s long march at Mandi Bahauddin he further said that they had gone to the Supreme Court with the appeal of registration of an FIR of attack on PTI Chairman Imran Khan. He requested the judges to look into the matter as per law.

Qureshi also said that Arshad Sharif was killed for speaking the truth because his voice could not be stopped despite he was being forced to leave the country. He said that Arshad had received threats and had to go abroad but was even killed there. He asked that should his mother not ask for justice.

PTI senior leader also said that Azam Swati was a sitting senator and how he has been treated. He said that his respect was violated in the worst manner that was ridiculing and disgraceful to the country.

PTI leader Yasmin Rashid said that Rana Sanaullah has taken the long march to his heart. Addressing the participants of the march she said that Imran Khan was still standing in the front despite being hit by bullets.

Yasmin Rashid also said that they want that the future of the next-generation should be provided with justice. She added that Imran Khan’s narrative has reached every Pakistani.

PTI’s Vice Chairman Shah Mehmood Qureshi said that Rana Sana has said that he has gathered a police force from Sindh and he has arranged tear gas shells.

Other PTI leaders were also present in the container. Hammad Azhar also addressed the participants of the long march.