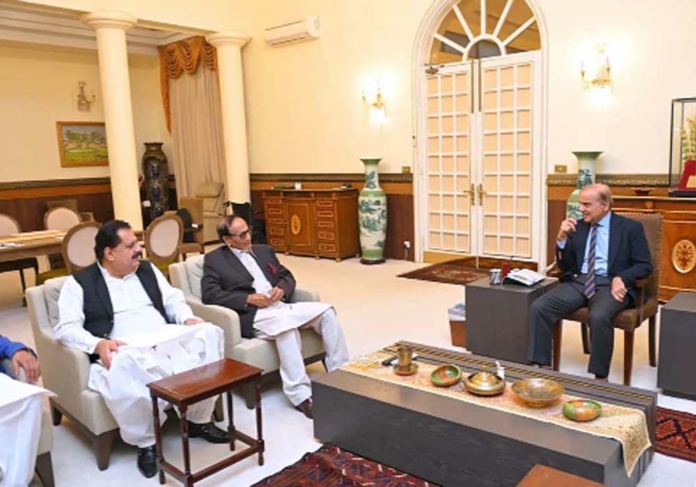 Discussing the overall political situation, it was agreed that all ruling coalition parties would continue to collectively strive for the public welfare, the Prime Minister’s Office said in a statement.

Separately, the prime minister said that half of the educational expenditures of Balochistan students studying in Punjab on scholarship would be borne by the federal government.

On his Twitter handle, the prime minister said the financial issues of the students, who had been studying in various educational institutions of Punjab, were brought to his knowledge, upon which he issued a directive for their financial support, so that they could pursue their study without any difficulty. Also, the prime minister paid tributes to late Pervaiz Malik on his death anniversary and lauded his contributions to the PML-N.