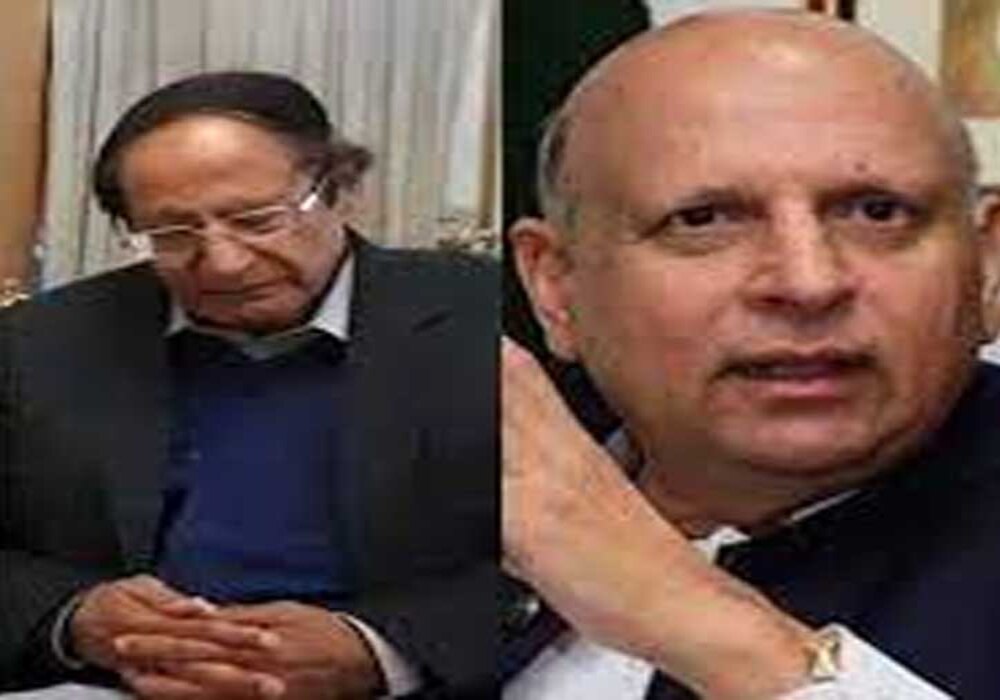 Pakistan Muslim League-Quaid President and former prime minister Chaudhry Shujaat Hussain may play a vital role in toppling the Punjab government of Pakistan Tehreek-e-Insaf despite the fact that his cousin Parvez Elahi is the chief minister.

Sources within the party said that Ch Shujaat was active once again, holding meetings with different quarters. An important meeting was held at the family’s Zahoor Elahi Road residence between Ch Shujaat and former Punjab governor Ch Mohammad Sarwar two days ago in which the political situation of the province was discussed. It has also been learnt that Ch Shujaat is in contact with over 50 per cent of MPAs of his party who had earlier sided with Parvez Elahi during his election as the chief minister.

The current party position in Punjab Assembly shows that 10 MPAs of the PML-Q would once again play a key role in toppling the PTI’s government in Punjab. According to the party position, PTI has 178 MPAs, PML-N 166, PML-Q 10, PPP 7 and Rah-e-Haq party has 1 MPA, while there are six independent lawmakers in the House. The current opposition enjoys the support of 166 MPAs of the PML-N, 7 PPP, 1 Rah-e-Haq and 5 independents. The ruling alliance enjoys the support of 178 PTI MPAs and 10 PML-Q lawmakers. The candidate who will be able to get the support of PML-Q lawmakers will become the leader of the House in the upcoming setup.

It should be noted here that three seats are vacant in the Punjab Assembly and the Election Commission of Pakistan has postponed the by-polls in these constituencies citing floods in the country. The vacant seats include PP-139 (Sheikhupura), PP-209 (Khanewal) and PP-241 (Bahawalnagar). All these seats were earlier clinched by the PML-N in 2018 but the current popularity wave of PTI chief Imran Khan has put the PML-N in danger.

A clear split was seen between the Chaudhry brothers of Gujrat during the election of the Punjab chief minister. Elahi joined the camp of Imran Khan while Shujaat preferred to go with the Pakistan Democratic Movement (PDM). Shujaat had said that he would not support the candidate of Imran Khan but was ready to make Elahi the CM if he became the candidate of the PDM. Sources said that Shujaat had earlier lost the grip over the parliamentary party in Punjab due to health issues. Now, his health is improving and he once again started contacting the MPAs, sources said, adding that more than 50 per cent of the lawmakers have agreed to support Shujaat in any latest move.