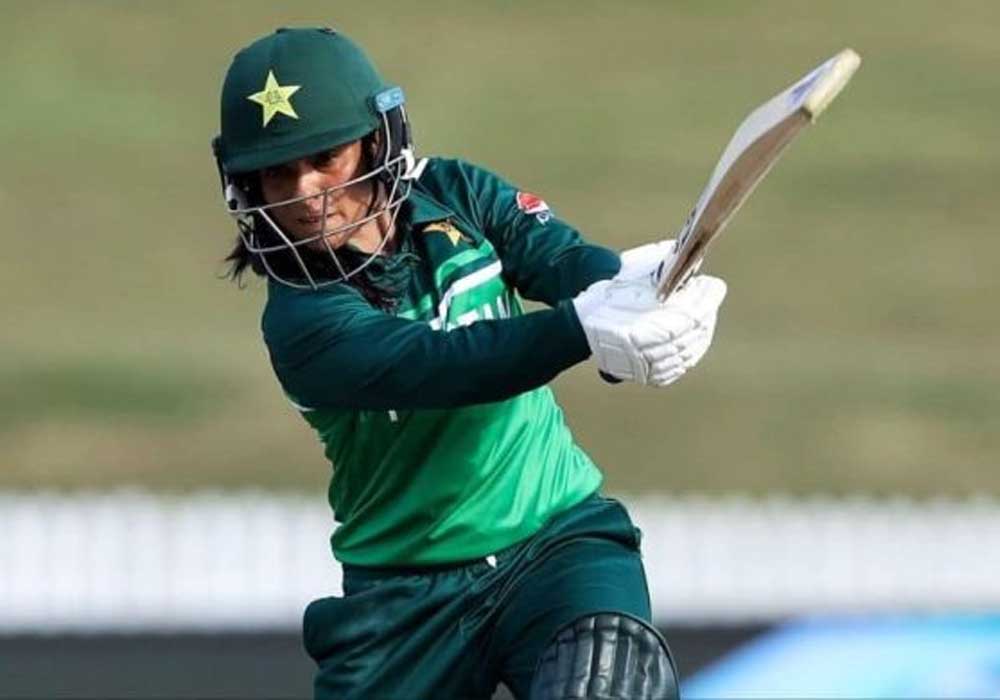 Pakistani opener Sidrah amen has won the ICC women’s player of the month title for the first time.

During the home ODI series against Ireland, Ameen scored 277 runs including the fifth-highest individual score in women’s ODIs in the first game in Lahore.

Pakistani opener made an unbeatable score of 176 off 151 balls with her partner Muneeba Ali who also made a century on the crease.

Sidrah’s century was Pakistan’s first score over 150 in ODIs for women.

At the same location, she continued to contribute brilliantly to the series, scoring 91* in the second game to help Pakistan win the series.

Sidrah also secured the highest-ranked Pakistani batter on the list and climbed to position 22 in the ICC Women’s ODI Batting Rankings.

Sidrah on this special occasion stated, “I feel great to have won this award.”

While referring to her teammate Nida Dar who won the award in October she stated that this shows our team has displayed some great performances in the past few months in international cricket.

“Individually, this year has been great for me, I have scored three ODIs centuries and all coming this year,” Sidrah said.