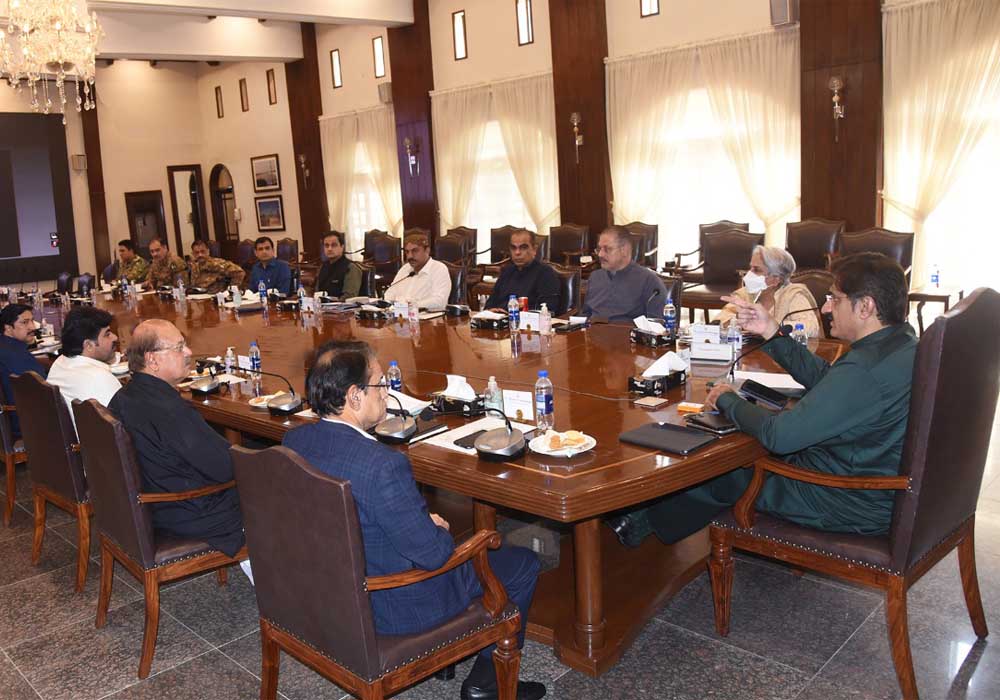 The Sindh cabinet, in order to encourage and strengthen flood-affected local growers to grow more wheat and avoid a famine-like situation in the province, has fixed a support price of wheat at Rs4,000 per 40 kg.

The meeting was held under the chairmanship of Sindh Chief Minister Syed Murad Ali Shah at the CM’s House and was attended by provincial ministers, advisers, chief secretary and secretaries concerned. Various ministers, advisers and special assistants attended the meeting from the flood-affected areas through video link. The information minister shared the decisions made at the meeting through press statements.

The chief minister said that the provincial government purchased imported wheat at a cost of Rs9,000 per 40kg, which meant that the grower of other countries was given benefit. “Now, we have to think about our grower who has to reclaim his land from the floodwater, prepare it for sowing and use costly inputs to grow the crop. Therefore, the benefit of the better price must be passed on to the local grower.”

Adviser on Agriculture Manzoor Wassan said that the agricultural lands were submerged, and they needed a lot of effort to dewater them, and prepare them for the next crop. “If the wheat is not grown to a certain proportion, the province may face a famine-like situation,” he said and suggested offering a good price to the growers as an incentive.

The cabinet members after a thorough discussion decided to offer Rs4000 per kg support price for the wheat crop 2022-23.

The meeting decided that the food department would start releasing its wheat stocks from October 1, 2022, while the issue price would be suggested by a subcommittee comprising Adviser Agriculture Manzoor Wassan, Minister Food Mukesh Chawla, Minister U&B Ismail Rahu, Special Assistants- Qasim Naveed and Haris Gazdar and Chief Secretary Sohail Rajput. The cabinet directed the sub-committee to file its recommendations within a week.

The cabinet on the recommendation of the Relief department accorded post-facto approval to 24 districts as calamity hit areas, including two UCs of Malir district of Karachi division.

It may be noted that the government has already notified 22 districts as calamity hit areas on August 21, 2022, and Tharparkar on August 29, 2022.

The cabinet on the recommendation of selection boards/Committees approved the appointment of Imran Samad as CEO/President of Sindh Bank, Salahuddin MD Karachi Water Board and Asadullah as COO of Karachi water.

Murad Ali Shah, presiding over a meeting regarding establishing a coordination mechanism for floods 2022-23, decided to speed up relief efforts by providing ration bags, tents, and mosquito nets.

Health Minister Dr. Azra Pechuho told the meeting that over 600,000 displaced people were living in the camps, and added that patients with different complications had been treated. She added that out of total patients, 28 per cent had gastro, 27 per cent skin diseases, seven per cent had dengue and malaria and 38 per cent had other issues.

Dr. Azra disclosed that in the camps 5636 pregnant women were living, of whom 439 were near deliveries. At this, the chief minister directed the health department to register all the pregnant women and assign doctors to visit them regularly. “These women and children must be given supplements,” he said.

The Irrigation department told the meeting that Kotri was still in the high flood with 620,095 cusecs upstream and 593,597 downstream while Guddu and Sukkur were in normal position.

The CM was told that the Manchar Lake was at 122.80 RL on Sept 11 and the chief minister said that it was 122.50 on September 10. It means its water level was still on the increase despite discharging its water in the River Indus.

Irrigation Secretary Sohail Qureshi told the chief minister that 97,017 cusecs of Manchar Lake were discharging into the River and hopefully its water level; would come down within the next 48 hours.