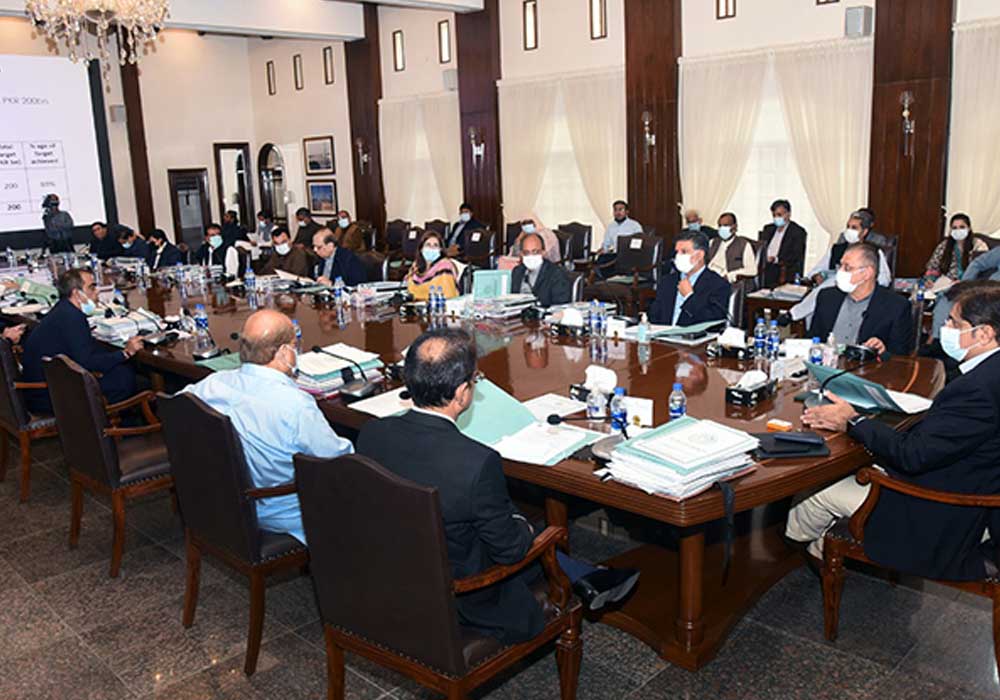 The Sindh cabinet on Thursday approved the first-ever climate change policy and called for its proper implementation.

Speaking on the occasion, Sindh Chief Minister Syed Murad Ali Shah, who was chairing the meeting, said that Sindh’s vulnerability to climate change can be assessed by the increasing incidence of heat waves, drought and floods, resulting in food insecurity and malnutrition. “Pakistan has persistently been reckoned among the top 10 most affected countries due to climate change and, therefore, we have formulated a climate change policy to support global efforts in combating climate change.

He added that a dedicated policy was needed as climate change was a devolved subject after the 18th amendment.

Also, the cabinet decided to establish a power regulatory authority, which would be called the Sindh Electric Power Regulatory Authority (SEPRA).

Provincial Energy Minister Imtiaz Shaikh, who had floated the idea in February this year, briefed the cabinet about setting up the authority at the provincial level.

“The constitution allows the province to establish a power regulatory authority,” the energy minister said. “This authority is needed to move energy projects forward,” the cabinet members said.

The cabinet constituted a committee of the law and energy departments to prepare a legislative bill of the authority in view of constitutional, legal and technical aspects of the issue.

The authority would be mandated to regulate the power generation and licensing process. The SEPRA will grant approval for the wind and other power projects in Sindh.

Imtiaz Shaikh earlier said that the SEPRA will fix the tariff and power price in Sindh. “We won’t disturb the National Transmission and Dispatch Company (NTDC) under the NEPRA,” the minister said. “We are aimed at providing cheaper energy to the province,” he added. Moreover, the cabinet approved the cloud-first policy.

The IT department told the cabinet that the absence of the policy was compelling public sector organizations to work in a silo and causing inefficient use of resources, security issues, increased capital costs and infrastructure degradation issues.

The salient features of the cloud-first policy include collaboration among federations and provinces, and standardization and adoption of emerging tools and technologies. The provincial government, under the new policy, would establish a Cloud Acquisition Office (CAO).

It was shared that the cloud policy is a paradigm shift from capital expenditure to operational expenditure resulting in cost-saving with better infrastructure.

Furthermore, the cabinet approved the establishment of the Sindh Digital Technology Board for the promotion, planning, execution, supervision, evaluation and regulation of digital technologies to boost the digital economy by enabling e-government, promoting innovation, capacity building, supporting the IT sector and collaborating with stakeholders at province, federal and international level.

The chairman of the board would be the chief secretary, while the IT secretary would be its vice-chairman.

The cabinet on the recommendation of the energy department constituted a Board of Examiners with the mandate to arrange and conduct coal-related competency to validate the professional excellence of coal mines officials. “The qualified mining professional having competency certificate from Board of Examiners may get professional benefits and job advantage in National and International mining industry. The competency examination and certification under Sindh Coal Mines Rules 2016 is valid all over Pakistan.”

The industries department presented a proposal for the establishment of an Industrial Estate over an area of 2000 acres in Kemari district.

The chief minister directed the industries department to establish a state-of-the-art industrial estate equipped with all allied facilities such as a residential colony, educational institutions, market and others.

Shah directed the industries department to acquire land after its allotment and then appoint an efficient consultant for the development of the estate.

The cabinet approved the outsourcing of 95 health facilities, including 43 in Hyderabad Division, 26 in Shaheed Benazirabad and 26 in Larkana under the public-private partnership (PPP) mode by inviting open competition. The chief minister told the health department to complete the process by September 30, 2022.

The cabinet on the request of the health department extended the contract of M/s MERF for running 13 health facilities in Thatta and Sujawal districts for another six months.

Meanwhile, the chief minister at the request of Information Minister Sharjeel Inam Memon directed all commissioners/deputy commissioners to effectively control the prices of different edible commodities and other items.

The meeting was attended by all provincial ministers, advisors, special assistants, chief secretary, P&D chairman and other officers concerned.