Sindh cabinet orders assessment of losses, damages due to rains 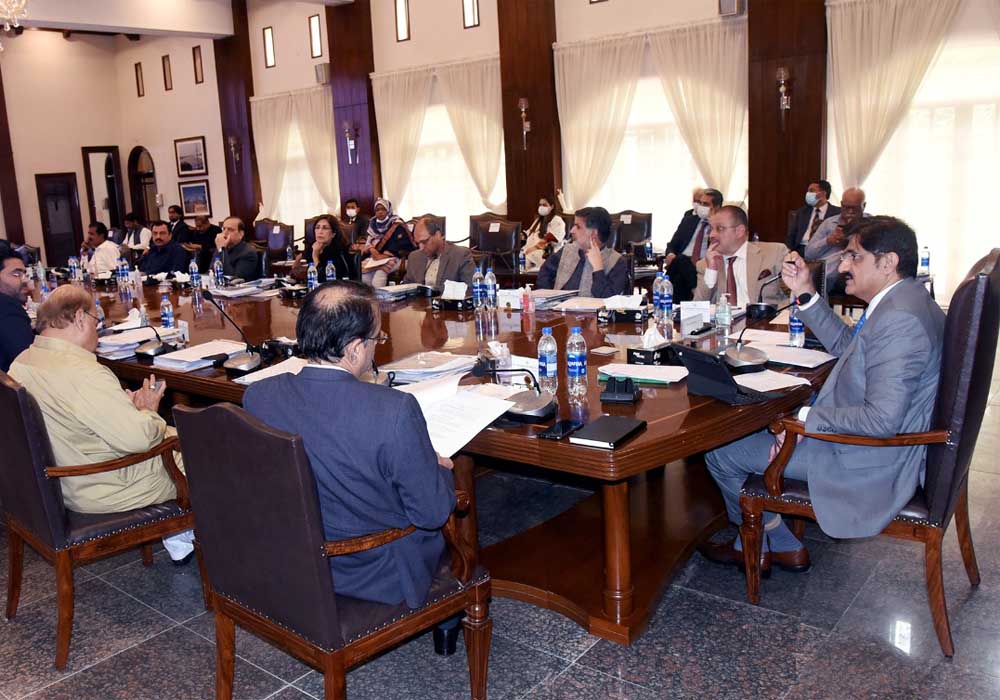 The Sindh cabinet has directed district administrations across the province to start an assessment of the loss of lives and damages to houses, crops, road networks and sewerage systems so that the federal government could be approached to compensate the affected people.

Presiding over a cabinet meeting at the CM’s House on Tuesday, Chief Minister Murad Ali Shah directed the Local Government Department to get all the damaged roads and sewerage lines of Karachi and other districts repaired.

The cabinet was told that the heavy monsoon rains had caused havoc in the city and rural areas of the province. Advisor to CM on Agriculture Manzoor Wassan said that date crops were almost ready to harvest but heavy rains washed those away in Khairpur and caused a loss of billions of rupees to the date growers. He also took up the issue of damage caused to other Kharif crops in the province.

Shah, on the recommendation of the cabinet, directed all the deputy commissioners across the province to assess the losses, including lives, mud-houses and cemented ones, road network, drainage and sewerage systems so that the federal government could be approached for grant of compensation. He said that his government would also help the affected people with its resources.

The cabinet also approved a proposal to constitute a seven-member management board under the school education secretary to run 53 educational institutions, including 31 schools and 22 seminaries taken over by the government in compliance with the FATF terms.

At the outset of the meeting, the cabinet members expressed sorrow over the tragic incident of an army helicopter crash. The cabinet also offered Fateha to the people who lost their lives in Sindh and Balochistan due to heavy rains and floods.

The cabinet was told that the roads and the drainage system of all the seven routes of Peoples Bus Service were damaged at different locations. The repair of roads and drainage systems would help smooth the operation of the newly launched bus service.

The cabinet approved a fund of Rs1.5 billion for the repair works to be carried out through KMC, KDA and Water Board.

The cabinet approved a proposal of the Energy Department to provide alternative energy solutions like solar PV technology for the solarisation of the villages. Energy Minister Imtiaz Shaikh while briefing the cabinet said that mini/micro-grid solar home systems would be established to provide electricity to the villages under the village electrification plan.

Imtiaz said that solarisation would be a quick and economical solution to village electrification. The cabinet approved the proposal and the CM directed the Energy Department to prequalify the firms at the divisional level to undertake solarisation of the villages that were without power supply.

The provincial minister for information told the cabinet that 75 acres were given to Hyderabad Press Club. He said that the club body had requested that the CVT, registration fees and other taxes may be exempted.

On this, Revenue Minister Makhdoom Mahboob said that there was no provision to grant an exemption. He proposed that the cabinet may give a grant to the club for payment of their taxes, which the cabinet approved. The cabinet also approved the rules of Sindh Public Service Commission (SPSC) (Functions) 2022.