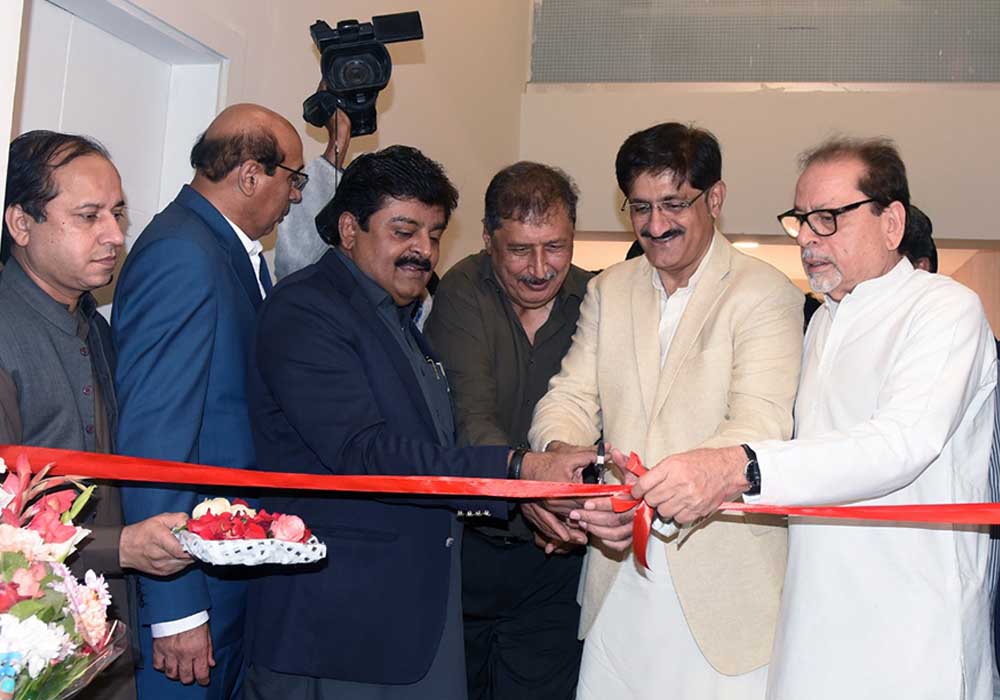 Sindh Chief Minister Syed Murad Ali Shah has said one of the most destructive floods occurred in Pakistan this year, which was a human tragedy.

He said while speaking at a conference ‘New Challenges to Sindh Heritage’ on centenary celebrations of Mohenjo Daro excavations here at Arts Council on Sunday.

Murad said, “We are the inheritors of the Indus Valley civilization, but now we are doomed due to certain, sudden, and severe patterns of climate change, which must be studied by researchers for further guidelines on policymaking.

“We have been talking about climate change for 30 years now we are seeing its results.”

The chief minister stressed the recent calamity had affected them, saying his government had tried its best to rise to the occasion. “It is a fact that our monuments and ancient properties suffered a great deal. I have personally been to a few such places and have observed the effects on the Mohenjo Daro ruins,” he said, adding it was sufficient to convince anyone of the importance of measures to be taken to minimize the impact of climate-related afflictions.

“When the United Nations secretary-general visited Pakistan in September and went to Mohenjo Daro to assess the damages, I led the team on behalf of the Sindh government and briefed him in detail over severe damages to hundreds of heritage sites in the province,” the CM said.

He said the recent years had been fruitful as summits and conferences on climate change had inched forward to reach some consensus. He added that the recent Sharm el-Sheikh Climate Change Conference (COP 27) in Egypt had also achieved some level of success, and Pakistan actively participated in it.

“Our case with a call for climate justice was passionately advocated by PPP Chairman and Foreign Minister Bilawal Bhutto Zardari. As a result, the world now has agreed to create the loss and damage fund, whereby developing countries like us would be financially incentivized rather than compensated — as they take the burden of carbon emissions of the developed world,” Murad said.

He said that now UNESCO teams with experts had visited Mohenjo Daro and were closely working with the Culture and Antiquities Department over a detailed and long-term plan for the conservation and promotion of the site on its 100th anniversary of excavations.

He added the Sindh government would try to implement the recommendations made by the heritage fraternity, represented by Dr Kaleemullah Lashari.

The CM said that under his advice, the Endowment Fund Trust (ETF) had started work on Ranikot to restore its walls damaged by rain and flood. “A French team has surveyed Sehwan city and fort this month, and an international conference is to be held on Sehwan in February 2023 where 10 eminent scholars will participate,” he disclosed.

The chief minister proposed to set up a monitoring committee to study, document, and initiate restoration works and be a watchdog to control and anticipate damage control.

Murad assured his government would support replenishing the losses and take preventive measures at all sites to avoid the damages becoming a reality.

The CM said in January 2023, the Sindh government was going to Davos, Switzerland to attend the World Economic Forum with a case study of Sindh — the worst-hit region in the aftermath of devastating rains and floods earlier this year. “Its decades and centuries-old heritage sites are also the worst hit, and we with our limited resources are trying to protect and preserve them,” he said, adding that his government was fully committed to raising and integrating the domain of saving the heritage in any next rehabilitation plan with the support and guidance of UNESCO and other leading heritage bodies.