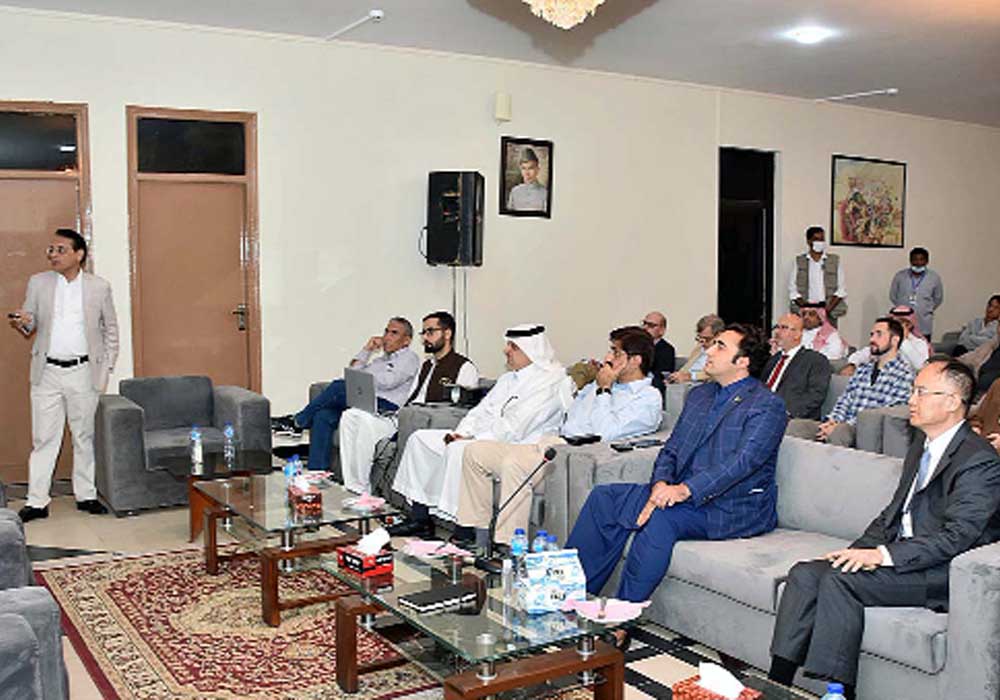 In his meeting with representatives of donor agencies and diplomats of different countries at VIP Lounge of Begum Nusrat Bhutto Airport, Sukkur, Sindh Chief Minister Syed Murad Ali Shah disclosed that his province was in a dire need of Rs860 billion to reconstruct the collapsed houses, repair roads and revive agriculture, otherwise, things would not move forward.

The chief minister and chief secretary gave a detailed briefing to the visiting diplomats and donor agencies’ representatives and said that unprecedented monsoon rains in July were 308 percent above the average and 784 percent above the normal rain in August. Shah said that this year’s floods are bigger and more catastrophic than the floods of 2010 and 2011 and this crisis has compounded with a high flood in Indus at Guddu and Sukkur, which has inundated the entire katcha area.

Chief Secretary Sohail Rajput told the meeting that 24 districts with 102 talukas and 5,727 dehs have been declared calamity-hit. The chief minister said that ex-gratia assistance for remaining cases on account of deaths, grant of compensation on account of injuries, houses damaged and livestock, grant of compensation for crop damage, waiver of interest on agricultural loan and rescheduling of instalment payment by deferring it for at least one year, grant of subsidy on agriculture machinery, fertilizers, pesticides, and seeds to farmers of the affected areas was required immediately.

The CM said that almost all the cash crops such as cotton, dates, sugarcane, rice, kharif vegetables, tomato, chilies, onions and others have been damaged. Another similar meeting was held under the chairmanship of Foreign Minister Bilawal Bhutto Zardari which was attended by more diplomats and donor agencies’ heads and representatives. After the meeting, all the guests took an aerial view of the inundation of cities, towns, crops and canals.