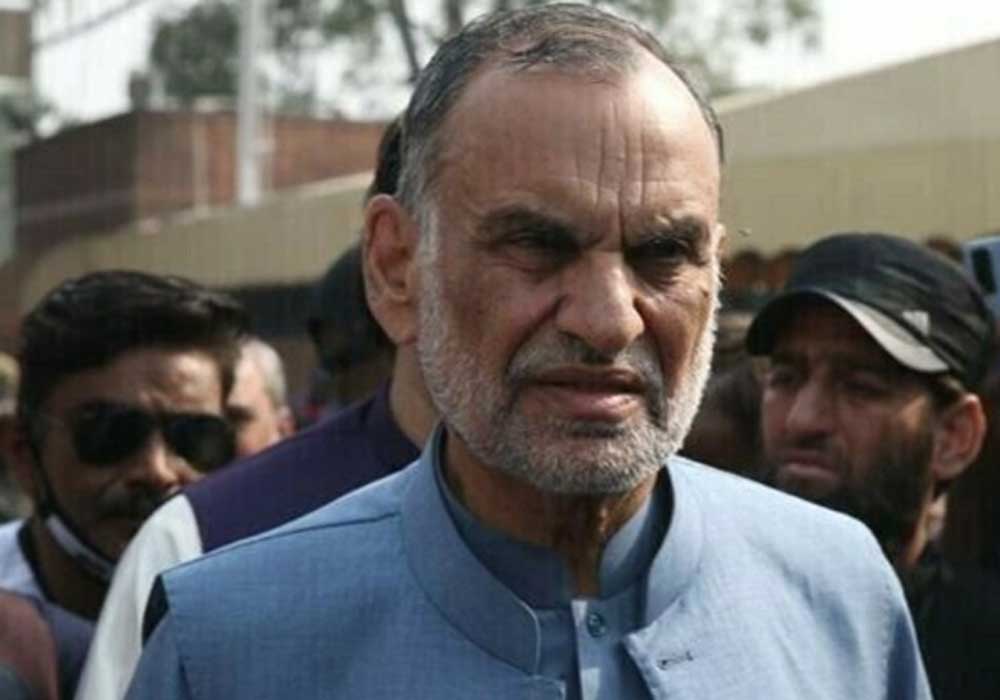 The Sindh Police on Saturday shifted detained PTI leader Azam Swati from Balochistan to a police station in Qambar.

The PTI leader was arrested last month for tweeting against senior military officers.

The move came after the Balochistan High Court (BHC) Friday ruled that all the first information reports (FIRs) registered against Swati in the province be declared null and void and ordered his release.

The Sindh Police, after gaining custody of Swati from the Balochistan Police, shifted him to Sukkur via a special plane, officials said.

The detained PTI leader was handed over to Sindh police on two-day transit remand by the judicial magistrate a day earlier.

Multiple cases have been registered against the PTI leader for his controversial tweets targeting the military leadership at different police stations in Sindh.

Sources privy to the matter said that the detained PTI leader would be presented before a local court; however, the party leaders have said that he wasn’t produced before a court.

Expressing his concerns over the non-production of Swati before the Nasirabad court on Saturday, PTI Senator Saifullah Abro revealed that the incarcerated leader has been shifted to an unidentified place.

He maintained that the Sindh Police had taken custody of Swati from Quetta police at 2pm the previous day.

“He has not been arraigned before any court so far,” the senator said and feared that the Sindh police might “kill” Swati in custody.

PTI leader Haleem Adil Sheikh alleged that the plane of Sindh chief minister was used to transport Swati on the directions of Bilawal Bhutto Zardari.

However, Sindh Information Minister Sharjeel Memon rejected the allegations and said that plane of Sindh chief minister had long been grounded for necessary maintenance. Sources suggested that Sawati was transported to Sukkur Airport in a chartered plane which was arranged by the provincial government of Balochistan.

Several FIRs had been registered against Swati for his controversial tweets at different police stations in Karachi, Quetta, Jacobabad and Qambar.

As many as six cases were lodged against the PTI leader at different police stations in Karachi. The FIRs were registered on the behalf of citizens.

Two more FIRs were registered against the senior PTI leader at the Saddar Police Station in Jacobabad and Nasirabad tehsil of Qambar.

Apart from these, cases against the senator have also been registered in Lasbela, Larkana, Sukkur, Khairpur, Shikarpur, Kandhkot, and other cities.

Swati was booked in these cases across the country for his controversial tweets against military officials. He was first arrested in the case of a controversial tweet in October, after he posted a highly-hateful and threatening message against the army chief, judiciary, and other state institutions, on his official Twitter account. The senator secured bail in that case.

But on November 27, the Federal Investigation Agency (FIA) once again arrested him for using abusive language against senior military officers, including the then-army chief.

On December 2, Swati was shifted to Quetta via a special flight as the judicial magistrate in Islamabad handed over his custody to Balochistan police as he was facing cases registered at Bela, Hub, Khuzdar, Pasni and Zhob police stations. However, later the BHC quashed all cases against him.