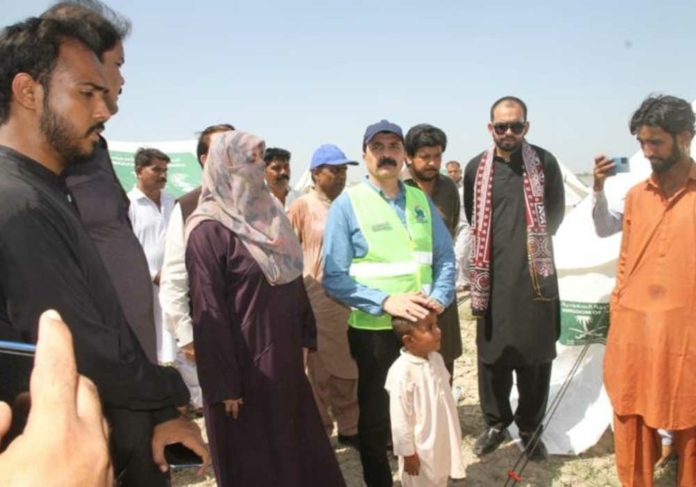 The Human Rights Department of the Sindh government has provided free legal aid in local courts to over 500 people belonging to the poor and marginalized communities through two implementing partners across the province within a short period of four months.

This information was shared at a conference “Bridging Barriers & Ensuring Access to Justice: A Dialogue for the Provincial Vigilance Committee” at a local hotel, organized by Human Rights Department, Sindh government on Tuesday. Special Assistant to Sindh Chief Minister for Human Rights Surendar Valasai pointed out that there was under-reporting of human rights violence cases in Sindh. Legal aid plays a vital role in providing relief to the victims of human rights abuses.

Out of the total of nine UN Conventions and Covenants, Pakistan has ratified a total of seven. Five key conventions on human rights were ratified during the tenures of the PPP governments. According to him, human rights is a priority subject for the Pakistan People’s Party and the provincial government of Sindh. PPP Chairman Bilawal Bhutto Zardari accepted the Chairmanship of the Parliamentary Standing Committee during the last government’s tenure.

Speaking on the occasion, Dr Rahim Awan, Director General of Legal Aid and Justice Authority, Government of Pakistan appreciated the Sindh government for making good laws and institutions. He said his authority had trained over 100 mediators in Islamabad on alternate dispute resolution. More mediators are being trained, which would save a lot of funds. Normally, a case is heard by nine courts during hearing and appeals, which cost a lot to the government. The prolonged disputes affect families and relationships, he opened.

According to him the Legal Aid and Justice Authority provides free cost support to those below 18 years of age, above 60 years senior citizens, the victim of gender crimes, sexual abuses lower income paid employee whose saving is less than Rs200,000 or registered with any social welfare programme like BISP, Baitul Mal (r) Justice Anis Haroon, a Member of the National Commission for Human Rights (NCHR) from Sindh said the government had to protect the rights of its citizens. She said the current floods had badly affected the poor and downtrodden sections of society. “Landless agriculture workers are the worst affected section of society, she added.

Justice Haroon appreciated the formation of a vigilance committee under the provincial Human Rights department and asked the members of the vigilance committee to monitor the violation of human rights. She said legal aid should also be provided to those women, who had been involved in heinous crimes. Nuzhat Shireen, Chairperson of the Sindh Commission on Status of Women said the Sindh government department was working for the protection of the rights of people with limited human resources and funds.

She said her commission would sign a Memorandum of Understanding (MoU) with the Human Rights Department of the Sindh government for the protection of women’s rights. The government has zero tolerance for human rights violations, she added. In their presentations regarding free legal aid support to vulnerable people in Sindh, Haya Zahid of Legal Aid Society and Altaf Khoso of PLUS legal Aid briefed the Vigilance Committee members about the working of Implementation Partner for providing legal aid to the poor.

They said the Human Rights department is providing the best kind of legal support to the poor as the best lawyers are hired even in rural areas. Preference is given to cases of orphans, old age citizens, women-related issues and victims of domestic violence. Emotional abuse is recognized as domestic violence, said Haya Zahid. Speaking on the occasion, Secretary of, the Human Rights Department, Noreen Bashir said the formation of the Vigilance Committee is a major initiative, which is based on principles of accountability, sustainability and transparency.

She said in the next phase, the provincial government is going to establish vigilance committees at the district levels. Member of Sindh Human Rights Commission Aslam Sheikh that the Commission is assisting the victims of human rights violence. Zulfiqar Shah, Member of SHRC conducted the session. Members of the Vigilence Committee from different districts attended the conference.