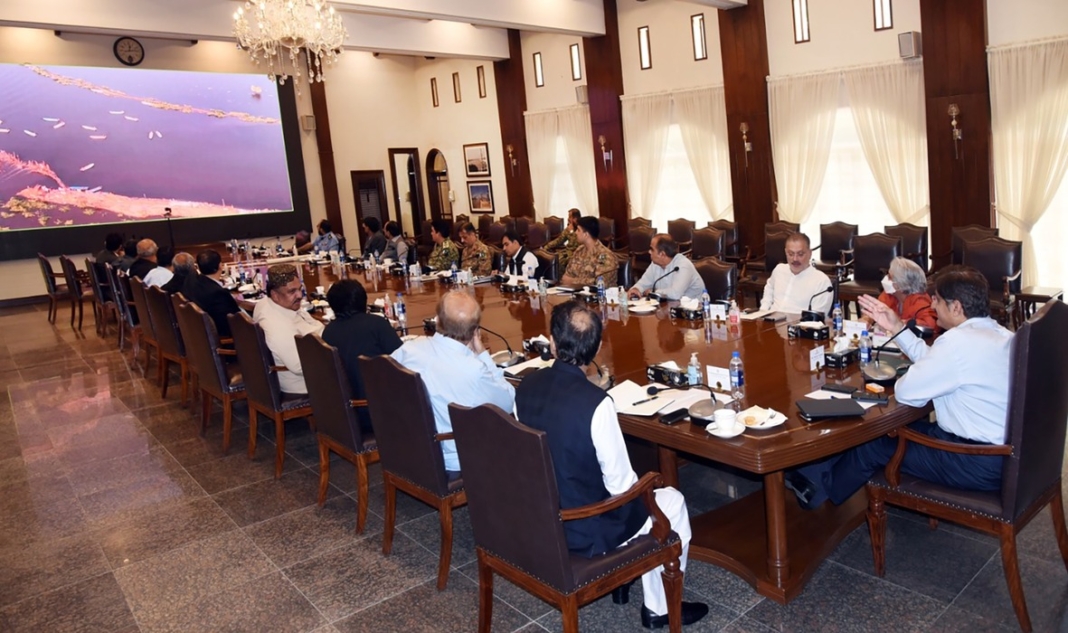 Sindh Chief Minister Syed Murad Ali Shah, in consultation with the Irrigation Department experts and Army Engineering Corps on Friday decided to plug the breaches in Flood Protective (FP) dykes and pump out water from the cities and towns of Khairpur and Naushahro Feroze districts to restore day-to-day life.

“Since the flood/rainwater is receding in the river Indus, therefore we have to develop a mechanism to dispose of stagnant water from cities.” This he said while presiding over a coordination committee meeting here at the CM House, said a statement.

The chief minister, at the outset of the meeting, proposed plugging all the three breaches of FP dyke so that its water, instead of flowing into the nearby towns and villages, starts flowing into Manchhar Lake which has also started discharging into the River Indus. The experts from irrigation and army engineering corps discussed the matter and agreed with the chief minister to plug the breaches in the FP Bund.

It was pointed out that the condition of the dyke was so feeble and precarious that machinery could not be moved there to plug them. Therefore, the meeting decided to plug them manually by sending workforce and material there. The chief minister was told that the Manchhar had attained water level of 122.2 (early Friday gauge). Water level has reduced along FP dyke ranging from 5 to 9 feet in upper reach of Saifullah and Rice Canal Division, whereas 3 to 5 ft in lower reach of Southern Dadu Division.

Water level along Suprio has also reduced by about nine inches to two feet. Warah Canal level reduced from 6.5ft to 5.2 ft. Water level in Dhamrah was flowing upward, now it is flowing into MNV and water level is continuously reducing. Shahdadkot main drain and Miro Khan Main Drain level has lowered about one to two feet and is now flowing in RBOD-III. The Ghar Main Drain which was flowing in reverse is now flowing into MNV and its level has started reducing from two to three feet.

At this, Advisor Manzoor Wassan pointed out that Kotdiji was most affected and facing complete inundation. The chief minister said that the water from both the cities and their vicinity could only be pumped out through machinery. The chief minister assigned the dewatering task to concerned irrigation chief engineer, and commissioner and the district administration, police and Rangers would support them.

Syed Murad Ali Shah directed the PDMA to arrange necessary pumping machines and dewatering systems and send them to Khairpur and Naushahro Feroze and report him. The chief minister pointed out that Jhuddo Town of Mirpurkhas district was completely flooded. “I have taken its aerial view. The city is totally submerged, and its water must be disposed of,” he said. Irrigation Minister Jam Khan proposed to discharge flood water from Juddo to Dhoro Puran.

At this CM Advisor on Rehabilitation Rasool Bux Chandio said that the flood water had huge pressure, therefore, its disposal into the Doro Puran may be delayed for next two days so that its pressure could be subsided. The meeting agreed with the proposal and directed the Irrigation Department to plug breach in Puran Dhoro so that further inundation of Pangrio and Malkani could be stopped.