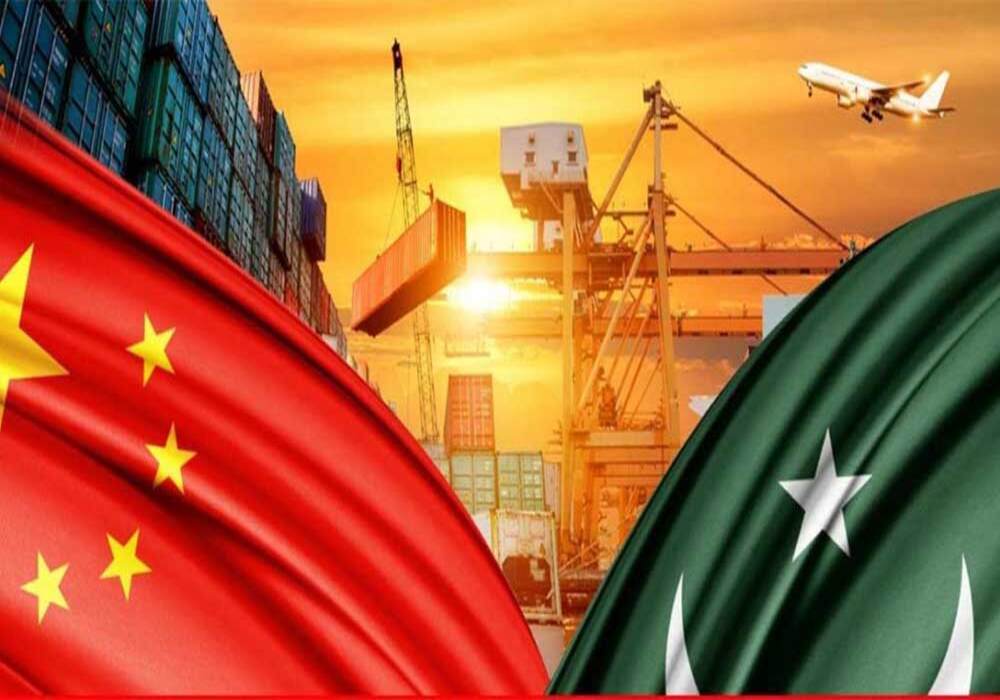 Pakistan and China share a decades-old legacy of the cordial relationship that over the years has further consolidated into a meaningful economic and strategic partnership. Both countries continue to offer vast opportunities for growth for one another. This time-tested friendship, an all-weather brotherhood is a cornerstone of Pakistan’s foreign policy. The Sino-Pak friendship attained new heights when China and Pakistan entered into a mega economic collaboration under the landmark China-Pakistan Economic Corridor (CPEC) in 2015, a flagship project, vital for the successful execution of China’s global Road and Belt Initiative (BRI).

The CPEC, considered as a “game changer”, has opened new vistas of growth for Pakistan.  Interestingly, this is perhaps Pakistan’s only initiative for strengthening relations internationally for meeting economic and mutual growth objectives, instead of joining hands with allies in global conflicts. Other than initiating CPEC, our relations with China have not been ideal. However, during the last many years, China proving to be a friend in need is a friend indeed, has extended its unconditional support to meet our pressing financial needs, such as placement of financial deposits with our central bank, rolling over loan facility time to time to help us in our continuous struggle of maintaining an adequate level of foreign exchange reserve.

Despite China’s extended support, the coalition government of Pakistan Tehreek-e-Insaf (PTI) [August 2018 to April 2022] showed a cold attitude in keeping up the pace of relationship witnessed after 2015. During PTI’s rule, CPEC was ignored while the momentum of various ongoing projects slowed down significantly. Many PTI regime ministers openly criticised various CPEC projects “for being useless, costly and/or tainted with corruption”. Needless to say, these were baseless and ill-founded insinuations/allegations. Due to the shortsighted approach of PTI leadership, China’s desire/inclination/confidence to invest further in Pakistan apparently declined. Resultantly, the desired results/yields/benefits from this mega initiative could not be obtained/reaped. It is an undeniable fact that CPEC brought a positive impact on Pakistan’s economic and social development, with a great amount of work already being completed in infrastructure and energy sectors—the dividends of these will keep on flowing in the future for us.

Unfortunately, due to the insensitive and unwise approach of PTI’s coalition government, the second important phase of CPEC pertaining to rapid industrialisation and development of special economic zones could not be fostered as per the initial plan. Had this phase been initiated and completed in time, it would have attracted foreign investments by offering world’s best infrastructure and easy process of industrialisation which could help generate the much-needed employment opportunities for Pakistanis.

After Imran Khan’s exit as prime minister on April 10, 2022 in the wake of successful vote of no confidence, Prime Minister Mian Muhammad Shehbaz Sharif [on official website of Prime Minister’s Office, Islamic Republic of Pakistan, accessed on 6 November 2022 at 13:45 PST, the name mentioned is Mr. Mian Muhammad Shahbaz Shareef but none has taken the note of it] visited People’s Republic of China, which was his first bilateral visit after assuming office and by any leader of the world after 20th Congress of Communist Party of China. Premier Shehbaz Sharif, according to joint statement issued on November 2, 2022, at the conclusion of the visit, reaffirmed Pakistan’s willingness and commitment to undertake “high quality development of the Belt and Road Initiative (BRI) and highlighted the salience of the China-Pakistan Economic Corridor (CPEC), a flagship project under BRI, to Pakistan’s economic and social development”. During the visit, both sides agreed to pace up cooperation in areas of information technology, mining and agriculture.

Premier Shehbaz Sharif further assured the government of China and Chinese investors that all-out efforts would be made to counter threats and intrigues against CPEC, reiterating his government’s commitment regarding safety and security of all projects and personnel. It is a fact that some vested interests, anti-growth/anti-development forces operating within and outside Pakistan are bent on jeopardizing CPEC, creating hurdles for Chinese investors by using different mediums including leveling corruption allegations, spreading misinformation about CPEC projects and attacking Chinese engineers.

The up-gradation and doubling of Main Line-1 (ML-1) from Karachi to Peshawar and Taxila to Havelian (1733 km) having a key significance under the CPEC and highly beneficial for the citizens of Karachi came under discussion in this meeting. Both the governments agreed to implement the same at the earliest. Karachi’s circular railway, designed to address the rapid transport requirements of Pakistan’s largest city requires early completion to provide world-class transport service and reduce the city’s traffic flow.

Pakistan has been actively looking forward to explore new avenues and geographical reach for its export sector, and China being the biggest marketplace can turnaround our export numbers. During the Prime Minister’s recent visit, China expressed willingness to support our exports into China.

It is quite disappointing that being close friend and neighbor as well as home to around 1.5 billion people, Pakistan’s total annual exports to China are less than US$ 5 billion. China’s commitment to support Pakistan’s export industry can transform the economy maximizing foreign exchange reserves. Moreover, Pakistan government has been strongly working to develop renewable energy projects including solar projects in order to contain its reliance on expensive sources of energy. China’s public and private sectors can be of great benefit to Pakistan for achieving this object.

On the strategic front, Pakistan and China have always remained aligned. Pakistan openly supports “One-China Policy” and concurs on issues of Taiwan, South China Sea, Hong Kong, Xinjiang and Tibet. Similarly, Chinese have also reiterated their support for Pakistan’s sovereignty, territorial integrity, security, and has emphasized that the Kashmir issue should be properly and peacefully resolved based on the United Nations (UN) Charter, relevant UN Security Council resolutions and bilateral agreements.

As mentioned by the Finance Minister, Muhammad Ishaq Dar, and reported in various media outlets the Chinese President is quoted as saying: “Don’t worry, we will not let you down” this has tremendous relief for Pakistan—a cash-strapped country at the moment. Ishaq Dar further stated that the Chinese leadership has promised to reschedule US$ 4 billion pertaining to sovereign loans, currency swap of US$1.45 billion and refinancing of commercial bank loans of US$3.3 billion. He also informed the media that Pakistan was also getting US$4 billion in financial support from Saudi Arabia along with US$20 billion investment assurances. These promises of financial support by both Saudi Arabia and China are no doubt will help us meeting current fiscal gaps in the short term, but in the long run, our financial independence is conditional to seriously implementing structural reforms—which unfortunately are missing from the to-do list of the incumbent government like its predecessors.