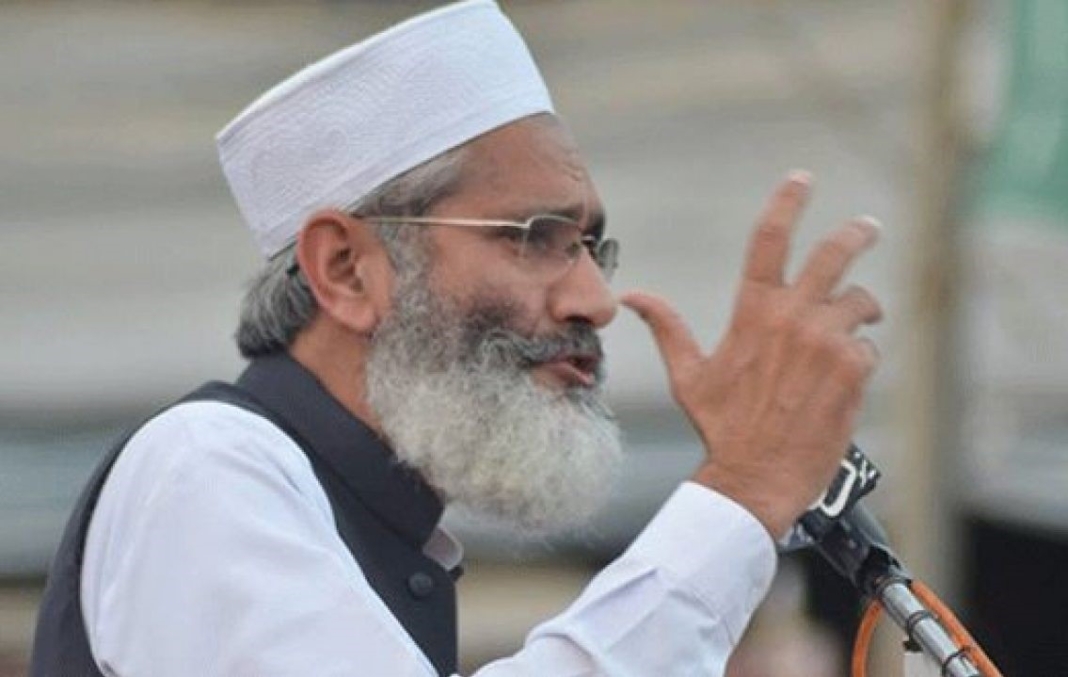 Jamaat-e-Islami (JI) Emir Siraj ul Haq Wednesday demanded Pakistan People’s Party (PPP) Co-chairman Asif Ali Zardari accept the public’s mandate and hoped that Bilawal-led party would listen to JI in putting an end to the confusion. Sunday’s local body polls held in Karachi were marred by delayed results, which prompted rigging claims from JI, Pakistan Tehreek-e-Insaf (PTI), and other parties. However, when the results came out, PPP stood victorious, with JI trailing right behind it.

Not accepting the results, workers of both parties – JI and PTI – held back-to-back protests in Karachi, leading to injuries of some as clashes took place. The PPP, which is the leading party according to unofficial results, has hinted at joining hands with JI for Karachi’s “betterment”, but ruled out forming government with Pakistan Tehreek-e-Insaf (PTI).

Speaking at a press conference in Islamabad, the JI emir told journalists that “after a long struggle, Karachiites have elected their leadership. Local body elections had been repeatedly postponed and the affairs of the government were being carried out on ad-hoc bases.” Karachi had been abandoned for a long time and for the local body polls, JI had endeavoured for a long, said the emir, adding that the “historical victory of JI is not astounding as the party has served Karachi.” In his press conference, he also mentioned that despite the Sindh government’s claim that the turnout was low, the results were delayed – for almost 30 hours.

“JI had 94 seats on Form 12 but after the results came out, it secured 86 seats”, claimed Siraj ul Haq. “PPP was given a leading position. We demand that the signatures written on Form 11 should be considered accurate.”

Haq added according to Form-11, JI emerged victorious in more than 94 constituencies. “PPP calls itself a party of the people, if that’s the case, then it should accept the decision made by the people”, he added. He further remarked that JI would continue to engage in discussions but in the second phase, the provincial government should embrace the reality.

“We are capable of taking everyone along with us.” Haq maintained that development, peace and prosperity are desired in the city and the people should not be deprived of good leadership” The Election Commission of Pakistan (ECP), meanwhile, has taken notice of irregularities in the Sindh local government polls at the request of JI and set its cases for hearing on January 23. In a statement, the election commission mentioned six union councils (UCs) – District West’s UC 3, 7, and 8 of Orangi Town, UC 3 of Mominabad and UC 12 of Manghopir and District Central’s UC 1 of Gulshan-e-Iqbal.