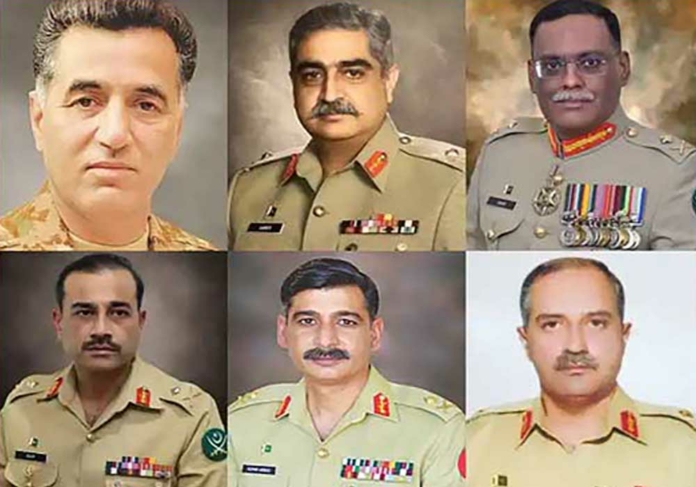 The military on Tuesday night confirmed that the General Headquarters (GHQ) forwarded a summary to the Ministry of Defence containing names of six senior most lieutenant generals for selection of the chairman Joint Chiefs of Staff Committee (CJCSC) and the chief of army staff (COAS).

The announcement was made in a Tweeter post by Inter-Services Public Relations (ISPR) Director General (DG) Lieutenant General Babar Iftikhar, hours after Minister for Information and Broadcasting Marriyum Aurangzeb said the summary regarding the army chief’s appointment had not been received by the Prime Minister’s House so far.

“The statement attributed to Defence Minister Khawaja Asif is incorrect,” she said in a tweet, adding that speculation on the matter should be avoided. She said information would be shared whenever the summary was received.

He clarified that there was no civil-military tension regarding the key appointment. He added that the armed forces could play a role in politics in accordance with the law and constitution. The minister said that as compared to the past, the armed forces had become apolitical now.

The defence minister said that he and outgoing COAS General Qamar Javed Bajwa met on multiple occasions. He added that commenting on social media stories was an irresponsible act.

In another development, PM Shehbaz Sharif summoned the federal cabinet’s special session to discuss a one-point agenda. According to reports, a special session of the federal cabinet was summoned by Shehbaz Sharif to discuss a one-point agenda. It is expected that the matter related to the key appointment of the army chief will be discussed in the upcoming meeting. Shehbaz is expected to approve the appointment of the new army chief after holding consultations with the cabinet members.

Earlier in the day, Interior Minister Rana Sanaullah said that appointment of the new COAS would be made in the next two days, whether a summary comes or not. This he said while talking to a private news channel.

Earlier, there were reports that the Prime Minister’s House had received a summary for the appointment of the next COAS. 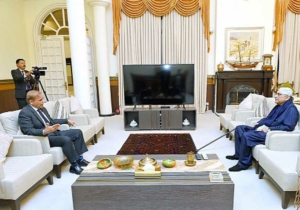 Shehbaz Sharif and PPP Co-chairperson Asif Ali Zardari also held a meeting at the Prime Minister’s House on Tuesday to discuss the “overall situation” of the country. A statement released by Marriyum Aurangzeb said the former president enquired about PM Shehbaz’s well-being and was thanked for his visit.

It is pertinent to mention here that Shehbaz had tested positive for Covid-19 on November 15 after returning from the UK. The meeting between the two leaders was held amid the process for the next army chief’s appointment. Khawaja Asif had also called on Shehbaz Sharif on Tuesday to discuss matters pertaining to the appointment of the next army chief. After the meeting, Asif revealed to the media that it was a routine meet-up where matters regarding national interest, as well as important appointments came under discussion.

On the other hand, expressing concerns over delay in appointing the new army chief, PML-N senior leader Shahid Khaqan Abbasi on Tuesday warned that reluctance in sending a much-anticipated summary for the coveted post was a “violation of the constitution”.

Talking to a private TV channel, the former prime minister stressed the authorities concerned to send the summary at the earliest so that the prime minister could decide on it swiftly. “Entire Pakistan is awaiting who will become the new army chief,” he added. It would not be appropriate if the name of an incompetent person is included in the summary of the army chief candidates, he said, adding that in such case, the matter could be challenged in court.