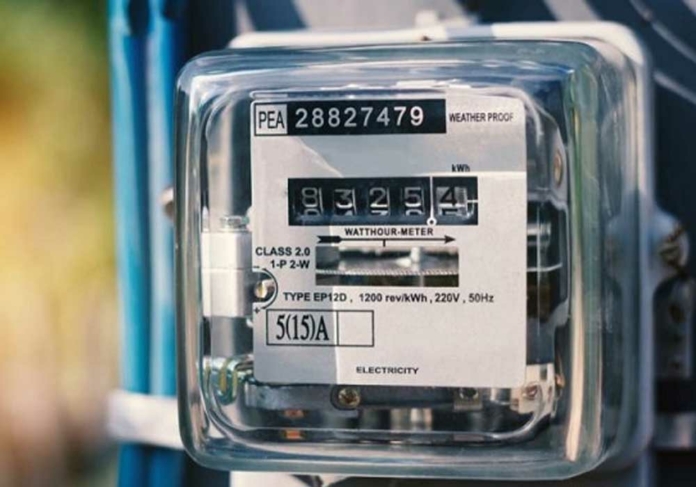 The Federal Cabinet in its meeting chaired by Prime Minister Shehbaz Sharif on Tuesday approved, in principle, the expansion of advance meters project in Islamabad to other areas of the country to overcome the issue of line losses.

The cabinet also approved the installation of advance meters on power transformers. The prime minister ordered preparation of a list of corrupt officers in the power distribution companies and deputing of well-reputed officers on different posts to improve the functioning of the companies, reduce the line losses and ensure better public delivery. He observed that such performing offices should be encouraged with appreciation and awards.

The cabinet was given a detailed briefing by the Power Division regarding electricity theft, line losses and the comprehensive strategy to reduce them, the PM Office Media Wing said in a press release. The meeting was also apprised of the power theft, line losses, bills and recovery in the DISCOs with the presentation of all the relevant data, besides issues in the way of recovery from those feeders which had been running into losses and the steps and proposals in that regard.

The prime minister directed the Power Division to present in the next meeting a comprehensive report on the vacant posts of essential staff in the DISCOs and stressed that the employment process should be held transparent while bringing it at par with the best global practices. Expressing his dissatisfaction over the average 7 percent line losses, the prime minister set up a committee headed by Minister for Defence Khawaja Asif for the formulation of a comprehensive plan to reduce the line losses average under phases and in line with the global practices immediately, besides submission of recommendations to bring reforms in the power distribution companies.

Other members of the committee included Minister for Trade and Production Syed Naveed Qamar, Minister for Power Engineer Khurram Dastagir Khan, Minister for Poverty Alleviation and Social Safety Shazia Marri, Minister of State for Petroleum Dr Musadik Malik, Minister for Science and Technology Agha Hassan Baloch, Minister for Housing Maulana Abdul Wasay, PM’s Advisor Engineer Amir Muqam and the secretary power. The committee, after holding of consultation, would present a comprehensive strategy before the cabinet over the period of a fortnight.

The cabinet also approved the recommendation of the Power Division for the promotion of low-cost solar power energy initiatives throughout the country to replace the import of costly fuel. The steps included running of the existing power units on solar energy during the day time instead of using costly imported fuel, grant of permission to the private investors on a small level to install 11 KV feeders in the rural areas and shifting of the government-owned buildings on solar energy system.

The prime minister informed the cabinet about his visit to Kazakhstan and said during his participation in international conferences, including the Shanghai Cooperation Organization (SCO) summit, the United Nations General Assembly (UNGA) session and most recently in the Conference on Interaction and Confidence Building Measures in Asia (CICA) during the months of September and October, he held detailed meetings with the leaders of the Central Asian Republics.

During those meetings, he said, the agriculture commodities, gas, rail, road, infrastructure and linkages, besides energy corridors were discussed and it was decided that soon Pakistan would host a Central Asian States summit in Islamabad in which the decisions over the establishment of rail, road and energy corridors linking Gwadar and Karachi ports with the CARs would be taken in principle. Moreover, under the recommendations of the sub-committees set up by the prime minister, a comprehensive plan over the linkages would be presented on the occasion.

The cabinet under the recommendation of the Cabinet Division further endorsed the following decisions of the Economic Coordination Committee taken on October 17: 1. Approval for Rs17 billion technical supplementary grant for the Sustainable Development Goals Achievement Programme for the fiscal year 2022-23. 2. The cabinet decided to ensure the provision of seeds to the farmers for the next wheat crop in collaboration with the provinces, keeping in view the destruction of ripened crops on millions of acres of land due to the recent floods across the country and the possible shortage of local seeds.

The provinces and the Federal Government each would ensure the provision of 50 percent for a joint fund for the purpose. In that regard, the cabinet ratified the ECC’s decision of approval for Rs 3.2 billion supplementary grant to the National Disaster Management Authority (NDMA), for the purchase of wheat seed and for certain districts as identified by the provinces. The cabinet tasked the NDMA for the purchase of seed for the next cultivation of wheat crop in the flood-hit areas which would ensure completion of this process prior to the cultivation season. 3. The cabinet also directed for the continuation of the recent census process without any delay.