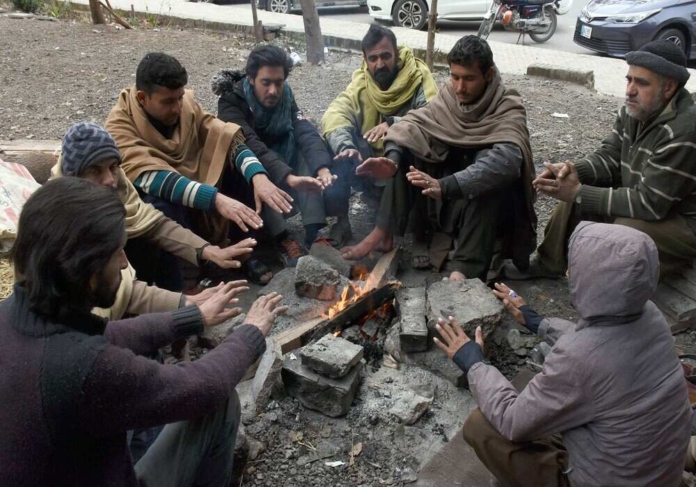 The district administration on Wednesday advised motorists to follow traffic rules in Murree to avoid traffic congestion during snowfall.

According to a district administration spokesman, a travel advisory has been issued, advising tourists to get weather updates and traffic-related information prior to travelling to Murree from helpline 051-9269016.

“Instructions being given to tourists at entry points must be followed,” he said, adding that strict action in accordance with the law would be taken against parking rule violators.

He said tourists could contact control room on 051-9269016 and the Murree deputy superintendent of police on 0321-5615668 to get information. He went on to say that a comprehensive traffic plan was in place to facilitate tourists in Murree. The traffic police helpline 051-9269200 could also be used in case of any emergency, he added.

According to the travel advisory, the local administration and traffic police personnel would be present in the field to assist tourists.

Tourists had also been advised against stopping their vehicles in the middle of roads to capture selfies and photos.

Traffic wardens had also been deployed to remove snow from roads.

Last month, 23 people, including women and children, were found dead in their vehicles trapped in heavy snowfall. The Punjab government had suspended as many as 15 officials after an inquiry report found them responsible for the Murree tragedy.

Meanwhile, scattered rainfall of light to moderate intensity lashed different parts of the country, including twin cities of Rawalpindi and Islamabad, on Wednesday afternoon.

Talking to APP, an official of the Pakistan Meteorological Department (PMD) said that “2mm rainfall was recorded in Parachinar, 1mm in Rawalakot and traces in Jhelum, Mangla and Islamabad”.

“Since the weather system has just entered the country, it will intensify and produce more rain during the next 24 hours”, the official added.

The PMD has predicted rain/thunderstorms in various parts of the country until Thursday. It has also warned that the windstorm during the period may cause damages to vulnerable structures along the Sindh-Makran coast.

The temperatures were likely to fall below five degree centigrade in Sindh and Balochistan on Thursday and Friday.

The rain is the result of a westerly wave that entered the upper/central parts of the country on Wednesday.