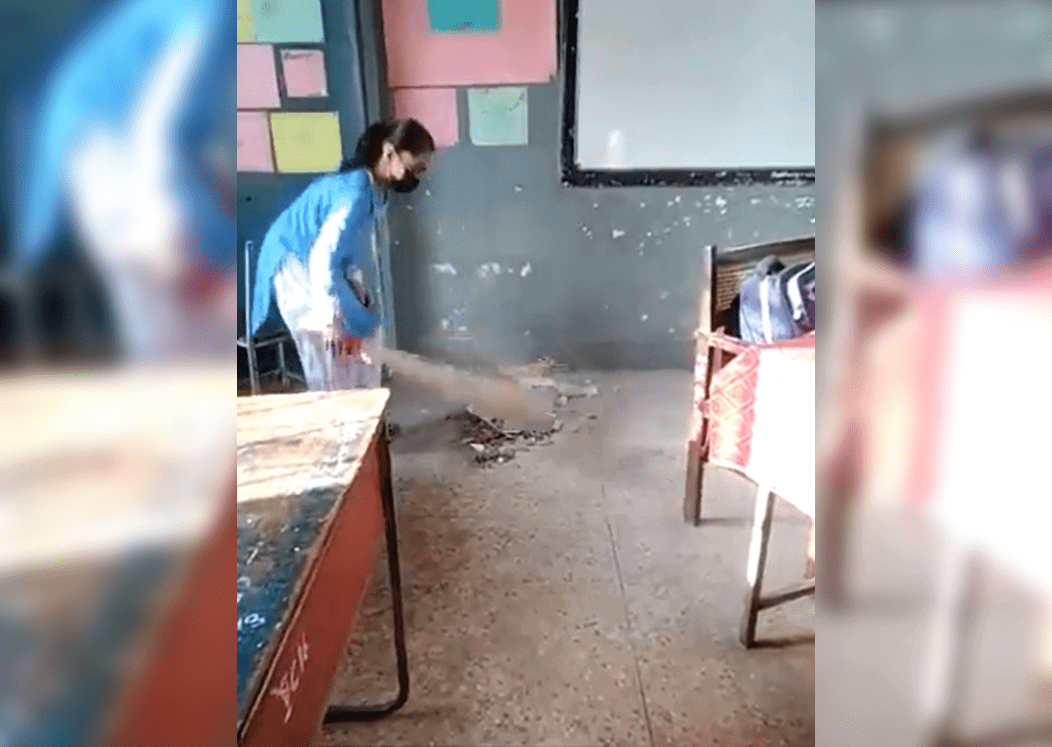 A recent video shared on social media which shows a school girl cleaning a classroom has users divided, with some appreciating the girl for cleaning while others voiced concern, saying the school had dedicated staff for the task.

The video quickly stirred up the Pakistani Twitter space with many users claiming the act was a good thing as it taught children to clean up after them. One user pointed out that cleaning their classroom is part of the daily activities for Japanese students.

Another user chimed in saying that “cleanliness is half the faith” and that we as a society must learn to clean up after ourselves. However, the user added that the person recording the video should have helped the girl in cleaning up.

One user reminisced about their time as child, saying that back in his day students would clean their classrooms on rotation basis.

Another user saluted the girl for her work saying she did not consider cleaning her classroom as a matter of ego.

However, some users were less than pleased by the video. A user too tagged the Federal Education Minister demanding he take action. He said that children come to school for learning and not cleaning.

An independent journalist said that the video did not show a “new Pakistan” and that no one wanted a country where young girls were made to clean rooms instead of being taught.

Another user also expressed their anger over the issue demanding where the school staff was at the time.

One user also tagged the federal education minister and sarcastically proclaimed that this was the “naya Pakistan”.

A  user, who styles himself as a ‘journalistic poet’, was critical of Prime Minister Imran Khan and the Pakistan Tehreek-i-Insaaf government. He said that the PM trumpeted improvements in health and education sector yet his priorities were clear in this video. He added that the scenes in the video were not of some rural area but of a school in the capital.