Terrorism coming back, US and EU have barred embassies from going out in Islamabad’s five-star hotels 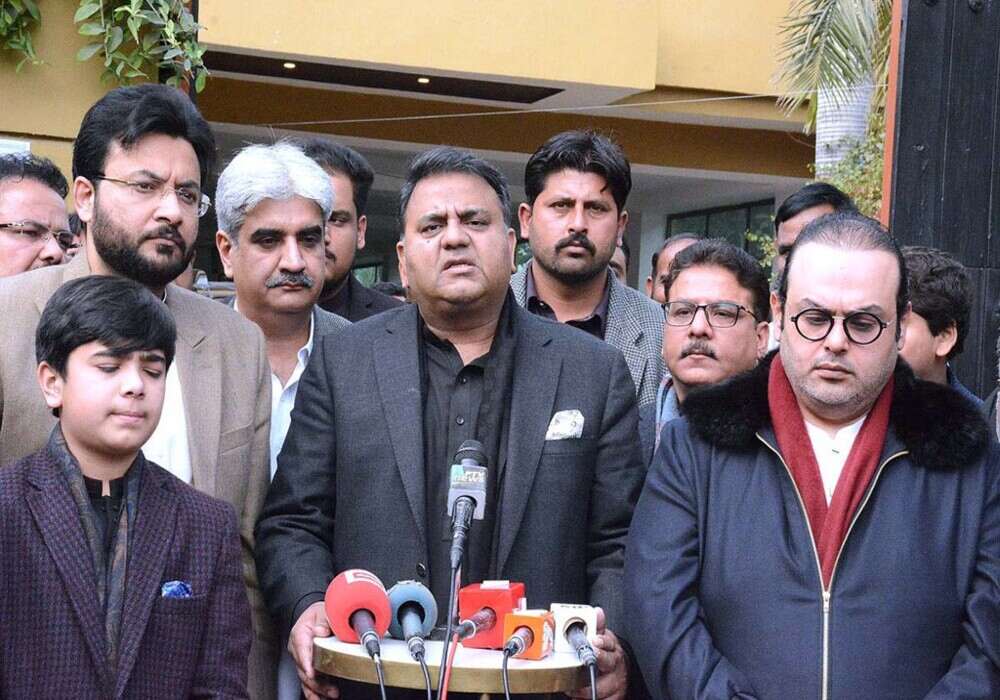 Pakistan Tehreek-e-Insaf (PTI) leader Fawad Chaudhry has said that the Chief Minister of Punjab will seek a vote of confidence before January 11 while some members of the Pakistan Muslim League-Nawaz (PML-N) wanted seat adjustments with PTI.

Talking to the media along with PTI leader Farrukh Habib outside Zaman Park in Lahore, Fawad Chaudhry said that a meeting of the top leadership of PTI Punjab and Monis Elahi has been held and they were clear on strategy.

He said that the PTI Punjab parliamentary party meeting has been scheduled and all 187 members will attend it and they will get a vote of confidence long before January 11.

PTI leader said that the destruction of the economy and governance in Pakistan in the last eight months required immediate steps, at present the price of a 20 kg bag of flour in Karachi has reached Rs2500 as compared to Rs1300 in their time.

He said that PTI’s economic experts have told Imran Khan in the briefing that there were two ways that if the program was not extended by the IMF then it was certain that Pakistan will default and there will be a big crisis.

He said that if we accept the conditions of the IMF, it will result in a huge increase in the dollar’s value. At the same time, essential commodities and energy have become extremely expensive in Pakistan.

He said that unfortunately terrorism was coming back and today the United States and the European Union had asked their ambassadors and teams of embassies not to go out to Islamabad and they have also been stopped from going to five-star hotels in Islamabad.

Reiterating the demand for immediate elections Fawad Chaudhry said that the government was not ready to hold elections but they hoped that the decision-makers in Pakistan including the judiciary and the establishment will also see this condition of the country.