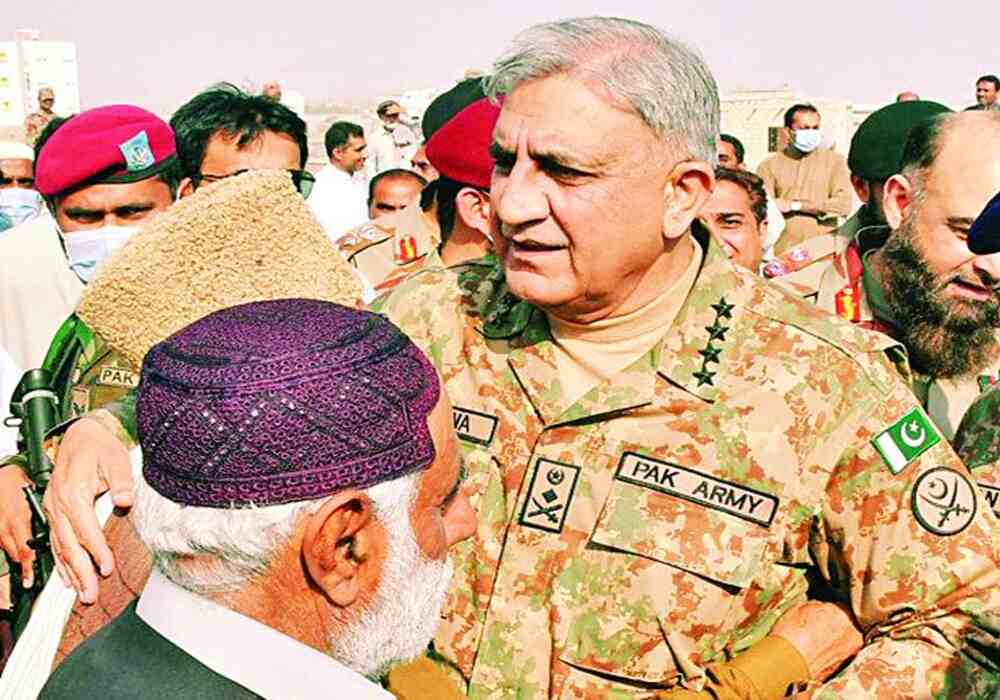 According to a statement by the Inter-Services Public Relations (ISPR), the army chief overviewed activities underway at relief camps in the Rojhan district of Rajanpur and met flood victims.

“He assured flood affectees that the Pakistan Army will help them overcome their problems in these difficult times,” the military’s media wing said. The COAS also met residents of Dera Ismail Khan and lauded their resilience in the face of unprecedented natural calamity. Furthermore, he directed the troops of Frontier Corps in Khyber Pakhtunkhwa to ensure timely assistance and help the people of the province in this hour of need.

Earlier, in an update, the military’s media affairs wing said so far 157 army helicopter sorties had been flown to evacuate stranded individuals from flood-hit areas and transport rations.

The ISPR said 1,087 stranded individuals had been rescued thus far, while 72 tonnes of relief items had been delivered. “More than 50,000 individuals have been shifted to safer locations from calamity-hit areas,” the ISPR said, adding that over 51,000 patients had been treated at medical camps set up by the army where free medicines were provided to patients.

The military has established 221 relief item collection points across the country, according to the ISPR, and 1,231 tons of items have been collected and dispatched from these points.

Moreover, 25,000 packs of ready-to-eat meals had been provided to flood-affected people. The ISPR further said the Frontier Works Organisation along with the National Highway Authority had ensured the timely restoration of communication infrastructure, including the repair of the Karakoram Highway and Jaglot-Skardu Road.

Engineer and medical troops/resources had been moved to Karachi to augment rescue/relief operations in Sindh, it added.