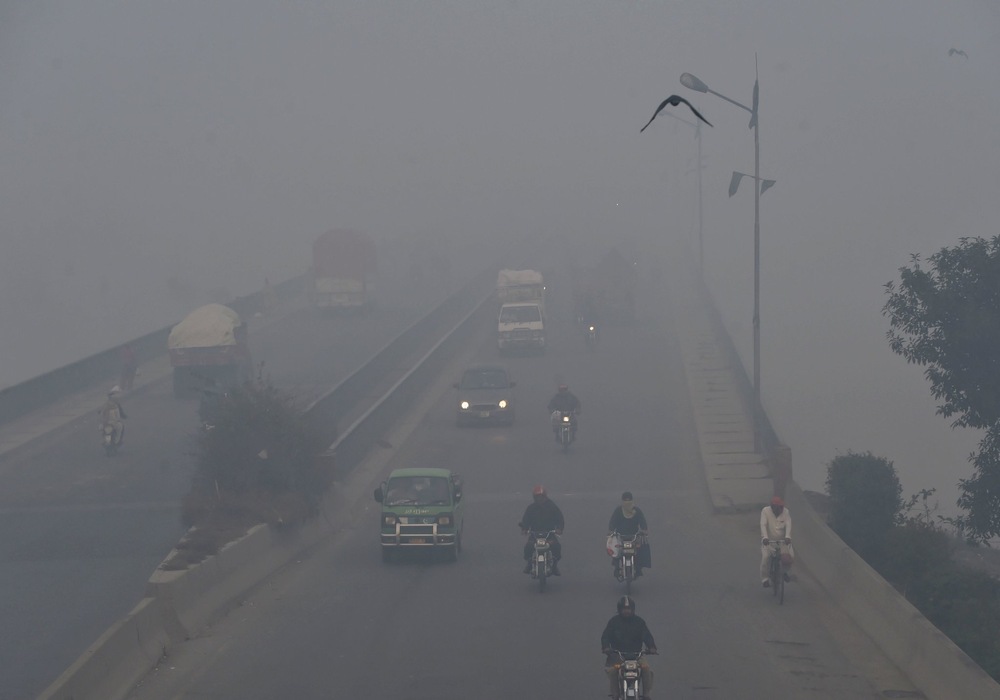 The rise in air pollution has increased respiratory ailments among the masses after the air quality of the federal capital deteriorated due to dry weather in the twin cities of Rawalpindi and Islamabad at the onset of the winter season.

The federal capital’s ambience started tainting amid a steady rise in air pollutant ratio due to increased vehicular emissions and human activities.

The air quality data was collected by Pak-EPA for 24 hours based on three intervals of eight hours of data collection from different locations of the federal capital.

The Pak-EPA data revealed that the air quality throughout the three intervals of data monitoring remained low as the ratio of pollutants ratio was below the permissible limits of national environmental quality standards (NEQS).

PM2.5 is generated through the combustion of an engine, industrial emissions, burning garbage or inflammable material and dust blown up by fast-moving cars plying on non-cemented patches of the roads.

A senior pulmonologist at the Pakistan Institute of Medical Sciences (PIMS) Dr Zia Ul Haq told APP that there were two major factors for respiratory diseases during the winter season namely dry and cold air.

He said the respiratory tract consisting of the throat and lungs had internal surfaces possessing normal bacteria whereas there was no breach in it.

However, he said the dry and cold air at different phases due to increased exposure of an individual in the outdoors caused breaches in the lining of the respiratory tract which used to lead to an infection and also damage the normal secretions taking place inside the breathing organs.

Dr Haq informed that at the moment there was a spike in the cases of people reporting breathing or respiratory complications which was mostly reported after November 15 with extremely cold temperatures.

He said the pulmonologists usually advise the elderly above 50 years of age or patients of chronic heart, kidney, and lung diseases to get a flu vaccine during the peak winter season to avoid respiratory diseases.