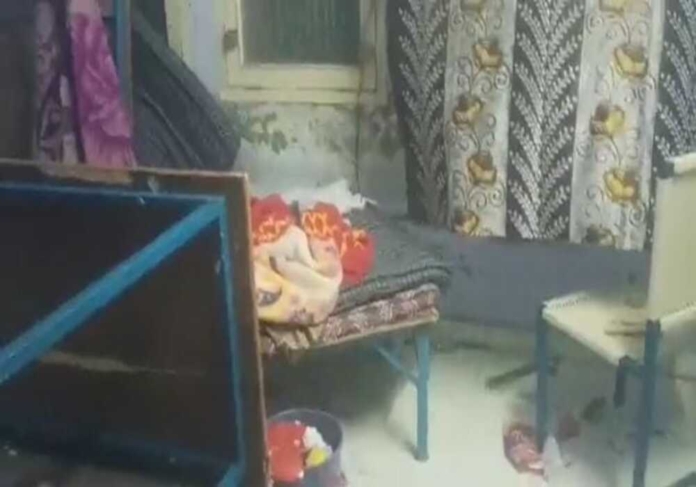 Hindutva goons have started victimizing Kashmiri students and Indian player Muhammad Shami after the defeat of Indian cricket team to Pakistan in a T20 match in Dubai on Sunday.

According to reports in Indian media, Kashmiri students were assaulted and humiliated by the Hindutva activists in Sangrur district of Indian Punjab on Monday.

Kashmir Media Service stated that BJP-RSS men from Uttar Pradesh and Bihar barged into the hostels and beat up Kashmiri students ruthlessly at Sangrur’s Bhai Guru Das Institute of Engineering and Technology.

A student live-streamed the attack on Facebook, while some others posted tweets. “Kashmiri students assaulted in Bhai GIET Sangrur Punjab after #IndPak Match. Students from Bihar barged in their rooms, thrashed them & went on rampage, vandalized the rooms of students, damaged the hall, abused & beat up few others,” tweeted Nasir Khuehami, spokesperson for Indian based J&K Students Association.

“We were in our hostel rooms when we heard some noise coming from outside. We went to see what is happening and saw some people attacking Kashmiri students in the other block,” Kashmir Media Service stated while quoting a victim Shoaib.

He further said, “They had broken the windowpanes of their rooms and were continuously shouting ‘you are Pakistanis’.” Students had to lock themselves to save themselves.

Another student, Aqib, said, “Locals from Punjab, mostly Sikhs, came to our rescue. They tried to save us from these attacks.”

Nasir Khuehami said he has received distressing phone calls from Kashmiri students from various colleges of Punjab after the Indian team’s defeat.

Meanwhile, a section of Indian media reported the Sangrur incident as a clash between two student groups.

Moreover, a torrent of social media abuse was aimed at the only Muslim player in the Indian cricket team, Muhammad Shami, who was declared a ‘traitor’ on social media and the only man behind the Indian defeat.

The victory of Pakistan in the T20 match of the ICC World Cup enraged Hindutva supporters who have a history of attacking Muslims, Kashmiris and other minorities across India. Saffron-clad Hindutva goons, the political base of Modi’s BJP, vehemently oppose Pak-India cricket ties and other links between the two neighbours. The right-wingers want India free from Muslims.

Apart from sports, the Pulwama attack in 2019 had also sparked anger and anti-Muslim protests across India. In the days following the incident, Hindutva goons thrashed Kashmiri students in different cities particularly in UP and Bihar and other northern states.

After the Pulwama incident, the students were forced to vacate their accommodations and warnings were issued for Kashmiri Muslims by the Indian police to stay vigilant. Indian media then reported that twenty Kashmiri girls in the northern city of Dehradun were forced to lock themselves in their hostel after protesters gathered outside to demand their eviction. Two other colleges in the city issued public statements saying they would not admit Kashmiri students in the next academic year.