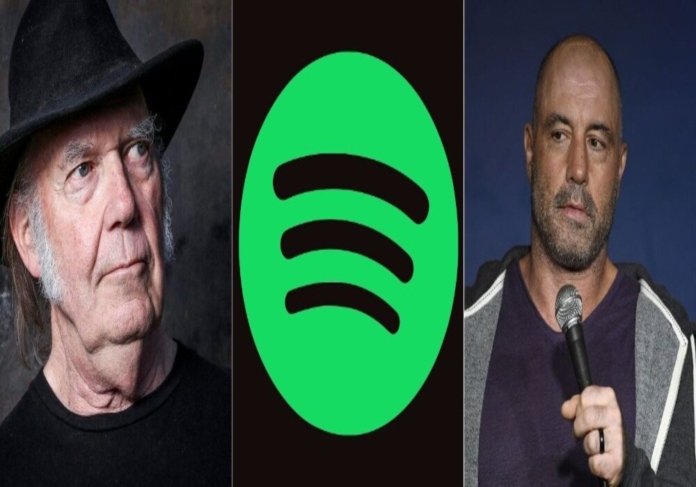 Global music streaming platform Spotify has lost more than $2 billion in market value over the past few days after renowned musician Neil Young withdrew his music over the Joe Rogan podcast conspiracy.

According to foreign media reports, shares have plummeted nearly 12 percent from when the market closed the previous week.

Young pulled his music from the platform on Wednesday as, he said, Spotify had changed into “a very damaging force” in spreading false facts about the Coronavirus. The artist pointed to an open letter from medical professionals that urged Spotify to take action on COVID misinformation that had been broadcasted on “The Joe Rogan Experience” podcast.

In a now deleted letter, Young said that Spotify had been spreading fake information regarding vaccines potentially causing deaths. He added that the platform’s audience had begun to believe the disinformation being spread by them.

Previously, critics have attacked “The Joe Rogan Experience” for its controversial angles of politics and news, in particular the pandemic. The podcast shifted from Apple in September 2020 in a supposed $100 million deal. The show became a Spotify exclusive following the deal.

Earlier during the month, more than 260 healthcare and science professionals called on the streaming platform to act against the “mass-information events” on it. They singled out Rogan’s show for time and again circulating misleading claims on his podcast.