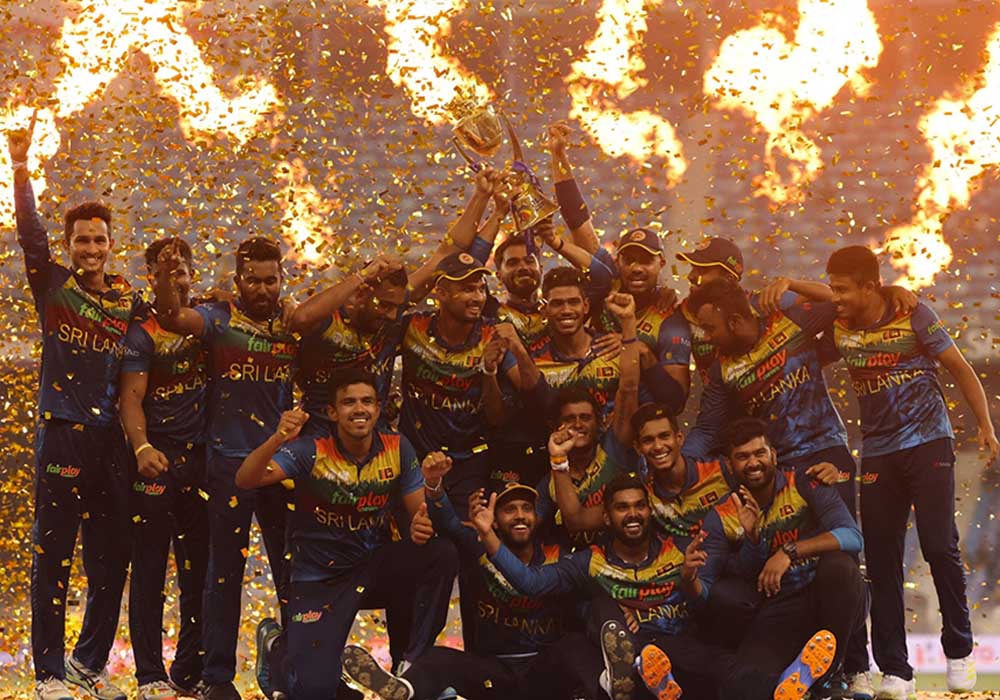 Sri Lanka were crowned Asia Cup champions for the sixth time after Bhanuka Rajapaksa’s batting pyrotechnics and Wanindu Hasaranga’s all-round brilliance secured their 23-run victory against Pakistan in the final on Sunday.

Rajapaksa smashed an unbeaten 71 to help Sri Lanka weather a top order collapse and reach 170-6 at the Dubai International Stadium.

In reply, Babar Azam failed for the sixth straight time in the tournament and Fakhar Zaman was castled on a golden duck. That forced the pairing of Mohammad Rizwan and Iftikhar Ahmed to bat conservatively – a job they probably did for longer than required.

As the required run rate soared to 12, Pakistan batters took their chances but their gambles failed miserably as Sri Lankans did not allow them an inch and did not put a foot wrong. In the end, an astonishing collapse saw Pakistan fold for 147 as Sri Lanka were crowned champions for the sixth time.

The victory would taste even better for Sri Lanka, who could not host the tournament at home because of a political and economic crisis in the island nation though they retained the hosts’ honour.