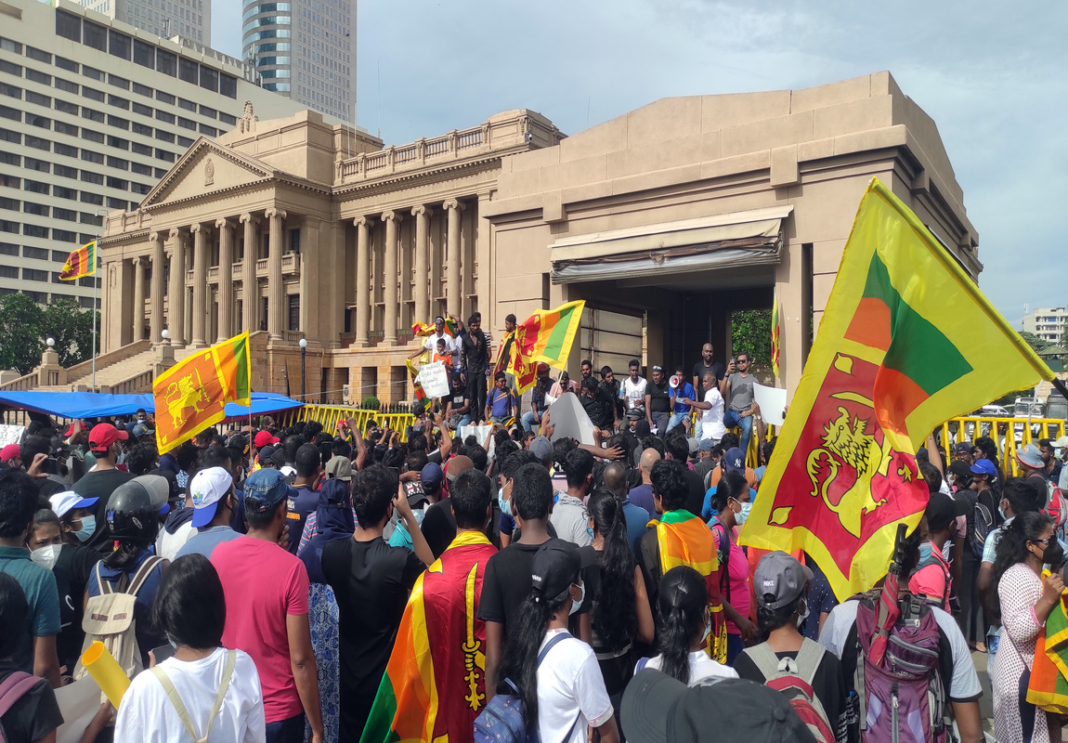 According to media reports, police had placed barricades, used tear gas and water cannons and even opened fire to disperse the protesters but despite all measures, police could not stop them from entering the president’s house.

The media also reported citing official sources that President Rajapaksa has been shifted from his official residence to an unknown secure place.

Sri Lankan President was facing calls for resignation since March; however, he had vacated the premises before the start of protests in Colombo.

According to media reports, at least seven injuries including two policemen in the current incident of anti-government protests were reported. Tens of thousands of protesters have been reported gathering in Central Colombo’s Fort area. The protesters have been demanding President’s resignation.

Clashes at Galle, Kandy, and Matara have also been reported.

Earlier, police had imposed a curfew in the western provinces of Negombo, Kelaniya, Nugegoda, Mount Lavinia, and Colombo on Friday.

Sri Lanka with total foreign debt standing at $51 billion has been facing a severe economic crisis where most organizations and offices had already directed the people to stay at home because of petroleum shortage.