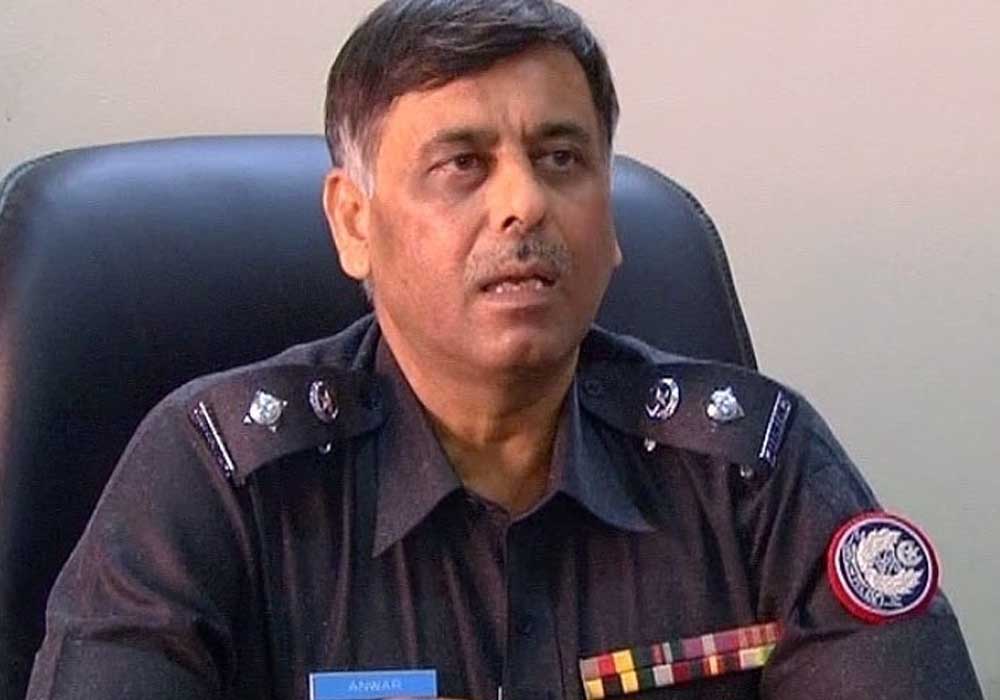 An anti-terrorism court on Monday acquitted former Malir SSP Rao Anwar and 17 others in the Naqeebullah Mehsud murder case.

In its brief verdict, which was pronounced by ATC XVI judge at the Karachi Central Prison, the court said that the prosecution had failed to submit sufficient evidence against Anwar and other accused persons.

The Court said prosecution has failed to submit sufficient evidence against Anwar, other accused; detailed verdict awaited. Anwar says “fake allegations” against him have been proven wrong. Lawyer Jibran Nasir says Naqeeb’s family to appeal judgement in high court. It took five years to conclude the trial of the murder, which had triggered widespread condemnation and debates on social media about fake encounters in Karachi, particularly by Rao Anwar.

The killing of Mehsud, an aspiring model from South Waziristan residing in Karachi, stormed social media with public outcry and sparked countrywide protests by civil society against the state’s failure to arrest the former SSP and his team. Anwar, along with his around two dozen subordinates, were charged with the killing of Naqeeb and three others after allegedly dubbing them militants linked to the “Islamic State and Taliban” in a “fake encounter” on Jan 13, 2018.

In March 2019, the court had indicted Anwar and his 17 subordinates for the killing four men on the outskirts of Karachi. In November last year, the former SSP had recorded his statement, alleging that he had been framed in the case due to a “departmental rivalry”, but had failed to name any officer in the police department. During the trial, the court recorded the testimonies of 51 witnesses – including the medico-legal, forensic and ballistics experts, nine private witnesses and police officials produced by the prosecution.

During the hearing today, the ATC judge noted the prosecution had failed to prove that the victims were kidnapped and murdered in a fake encounter by Rao Anwar and his 14 subordinate officials. “Geo-fencing reports and call records failed to prove the presence of Rao Anwar and others at the place of the fake shoot-out,” he observed. A detailed verdict in the case is awaited. Speaking to media after the acquittal, Anwar thanked God and said that “fake allegations” against him had been proven wrong today.

The former cop went on to say that he will give a detailed response on the accusations against him in “a talk show” soon. He claimed that 25 people were wrongly nominated in the murder case and the person killed was a “wanted terrorist” whose name was Naseemullah and not Naqeebullah. “He was a wanted militant about which advertisements were also given in leading newspapers.” When asked whether he would like to rejoin the police force, the former police official said one year of his service was left and he “would like to serve Karachi”.

After the verdict was released, lawyer and human rights activist Jibran Nasir – who is representing the legal heirs of Naqeeb – tweeted that his clients would appeal today’s judgment before the high court.

Separately, he said that the legal team acting for Naqeeb’s case had made public their apprehensions when the prosecution’s witnesses began to resile from their statement and important documentary proof went missing. “The decision will be appealed at an appropriate forum but those who provided political patronage to Rao Anwar and exerted pressure in the proceedings to weaken the prosecution case fail to understand how with every such injustice our governance structure and the social contract between the citizens and the state is eroding and crumbling away,” Nasir added.