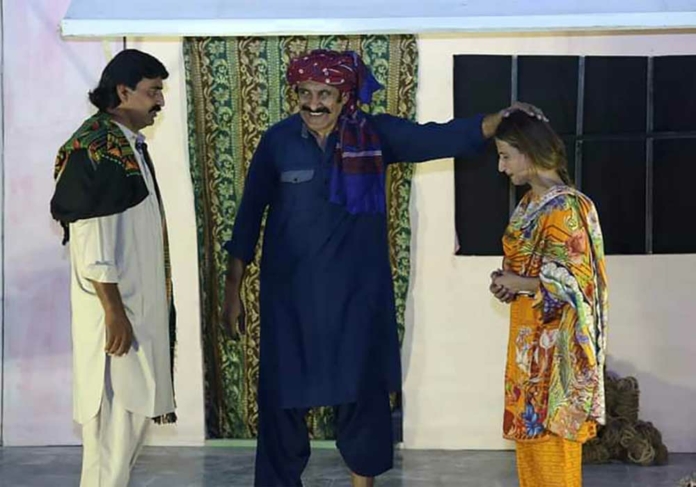 Stage actors continued to entertain the people of Hyderabad on the 7th day of Sindh Drama Festival by presenting Sindhi stage play Sassui at Arts Council Hall Hyderabad on Sunday night. Peopling belonging to different segments of life watched the play revolving around family politics and the conspiracies hatched to disturb a healthy domestic life.

The play was directed by Mushtaq Chandio and featured renowned stage and television actors of Sindh, including Nasreen Naz, Rafique Essani, Ayshea Mahek, Kishwer Hussian and Nazir Runjho. The lively performance of veteran actors Nasreen Naz and Rafique Essani transformed an ordinary story into a super-hit play. The chemistry of both actors was something people loved watching.

The story of the play was all about helplessness of a husband following tug of war between his wife and mother along with prudence of his father that helps him put off the dispute. Since it was a family show general public lauded the efforts of NAPA and other local organisations for restoring the trend of stage plays.