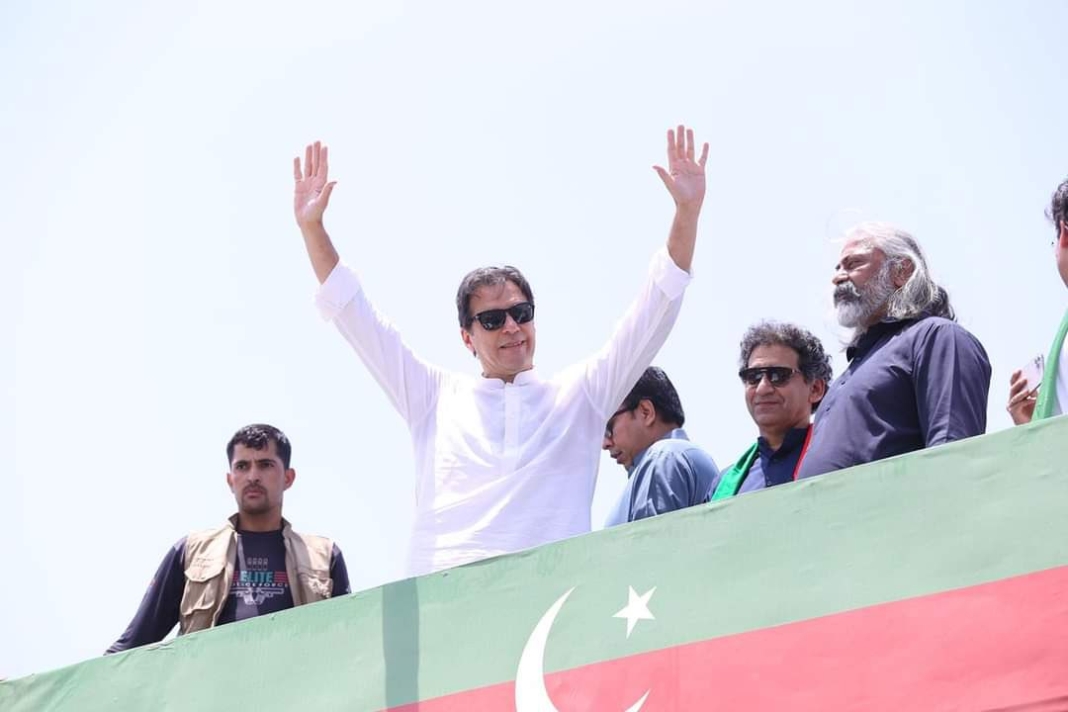 Arrangements have been finalised at the hockey stadium as the Lahore High Court turned down the petition filed by Special Assistant to Prime Minister Atta Tarar seeking restraining order to halt the public gathering of the PTI.

Tarar had sought the restraining order by praying that holding a public gathering at the hockey stadium would damage the national sports. However, the LHC allowed the PTI to proceed with its power show while also directing the officials concerned to ensure that the ground wasn’t damaged as a result of the power show.

It should be noted here that earlier Tarar had written letters to the Punjab chief secretary, Lahore commissioner and DG Punjab Sports Board, urging them not to allow the PTI to hold its show at the hockey stadium. Tarar also gave a reference to NAB laws that bar officials from giving permission to hold power show at the sports facility.

As the LHC didn’t issue any restraining order and the officials concerned also gave permission to hold its power show, the PTI is all set to welcome its Chairman Imran Khan at the hockey stadium today. On Friday, Secretary General of PTI Asad Umar along with other party leaders visited the venue to review the arrangements. Talking to the media at the hockey stadium, Asad Umar said that PTI will celebrate the 75th anniversary of Pakistan with Imran Khan at this venue.

He was of the view that millions of people sacrificed their lives to get this homeland but it is really unfortunate that “we couldn’t get the real freedom even today”. “We are proud Pakistanis and it is our responsibility to work tirelessly to get real independence,” he said. He went on to say that we are very close to getting real independence under the leadership of Imran Khan and the time isn’t too far. He added that they wanted friendly relations with all the countries but “will not allow anyone to interfere in the domestic affairs of Pakistan”.

The fate of Pakistan will be decided only by the people of Pakistan and today’s generation will see real independence soon, he added. Talking about the power show of the PTI, he said that huge screens will be established in other cities too to live telecast the speech of Imran Khan. We’ll also recite the national anthem collectively, he said.

Meanwhile, PTI leader Andleeb Abbas said that the negative propaganda of opponents had failed, as the LHC allowed the PTI to hold its power show at the hockey stadium as per the plan. It is worth mentioning here that PTI Chairman Imran Khan also reached Lahore on Friday and he took a briefing on the gathering scheduled for today.

Punjab Chief Minister Chaudhry Parvez Elahi also called on Imran Khan at Zaman Park where both the leaders discussed the affairs related to Punjab. Moonis Elahi, Chaudhry Fawad and Shafqat Mehmood were also present at the meeting. Elahi assured Imran of his full support and facilitation of the power show in Lahore. A large number of people along with their families were seen entering the venue late Friday night, a day before the power show.