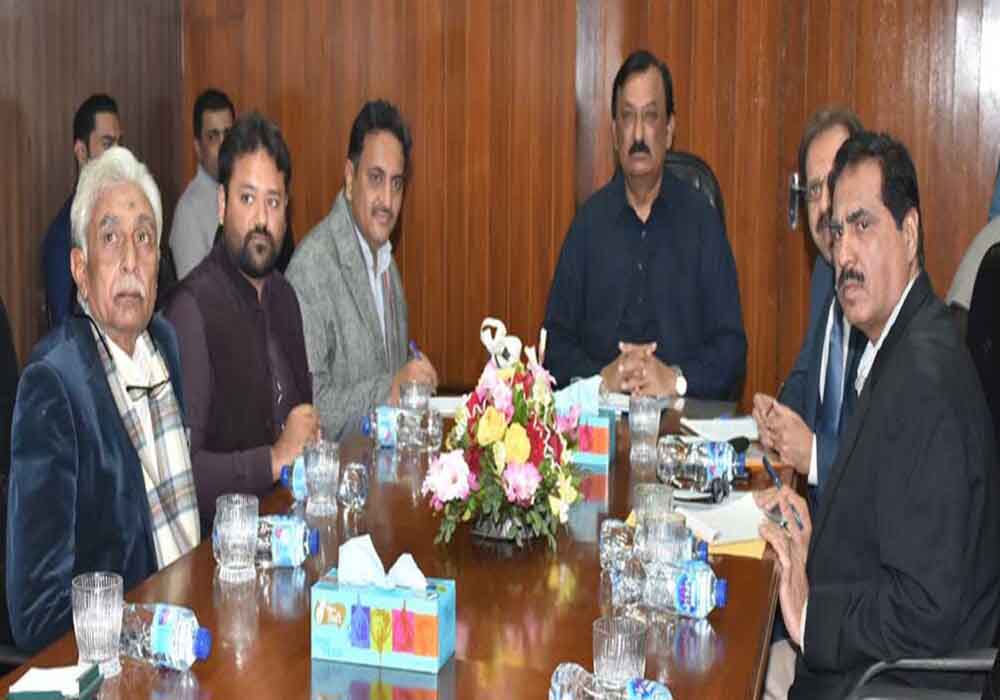 Special Assistant to Prime Minister for Industries and Production (SAPM) Tasneem Ahmed Qureshi Tuesday said the government was putting in place effective measures to maintain demand and supply of fertilizers in the country as fertilizer was a basic and an important agricultural input to enhance per acre yield.

He expressed these views after having a briefing on the working and performance of the National Fertilizer Marketing Limited (NFML) by its Managing Director Khalid Saleem here at the NFML office.

Senior Manager Farooq Jilal, Assistant Manager Mudasar Aslam and Farhan ullah and others also attended the meeting. He said the NFML should evolve a mechanism under which farmers’ interest could be safeguarded efficiently. “In a way, the credit goes to the NFML for making the Gawadar Port functional by wharfing 150 urea vessels containing 5.3 million metric tons of imported urea.”

During the briefing, he was told that around 300 employees were working in the corporation on contract basis since the last 10 years. NFML Managing Director Kalid Seleem presented a detailed presentation on the formation and development model of the company and briefed him about departmental history, current achievements and future goals.

He added that the NFML was incorporated as public limited company (unlisted) in 1976 as a subsidiary of the NFC (National Fertilizer Corporation) under the administrative control of the Ministry of Industries and Production. The NFML was responsible for marketing of entire production of fertilizer (approximately two million metric tons per annum) of six NFC plants till 2008. After privatization of the NFC plants, it was undertaking the distribution and sales of imported urea across the country.

The meeting was briefed that the NFML was responsible for supply of imported urea in requisite areas at government’s notified price, arrange efficient transport and storage, and dealers’ network. The company also ensures availability of urea at subsidized rate to maintain reserves of fertilizers for price stability and to pass the government subsidies on to farmers.