No one here, seems in hurry andrush to keep up with the crazily fast-moving global life and yet they are far ahead and avant-garde in anything one can think of 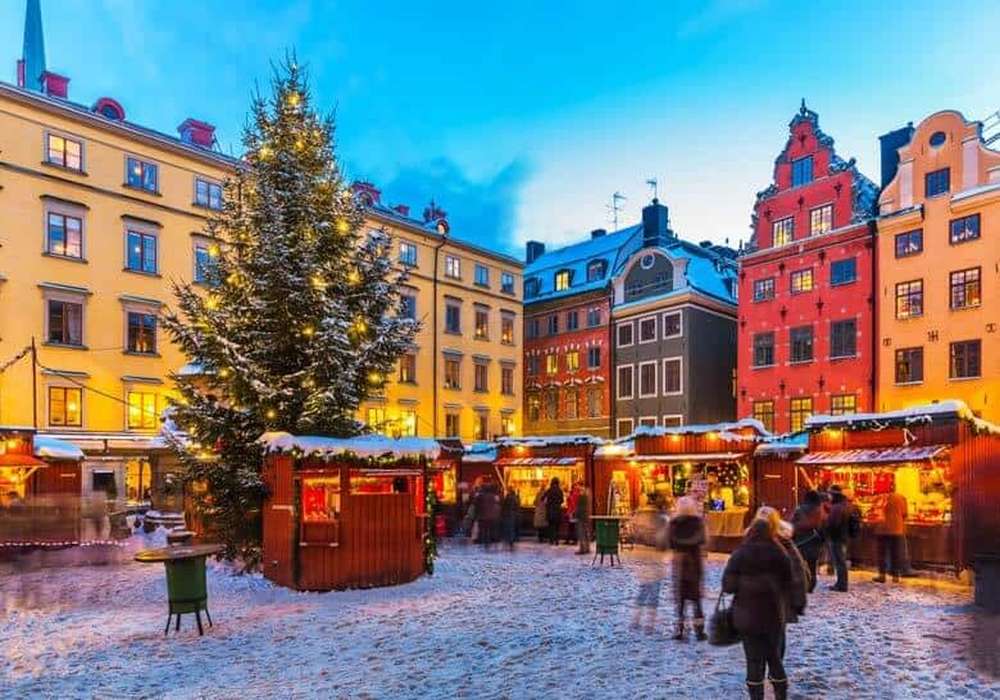 I have fallen a prey to Stockholm Syndrome. Originated in 1973 after a bank robbery and hostage situation in Stockholm, the term refers to the unusual and apparently a bizarre situation where the hostage develops a positive psychological bond with its captive.

I feel that I am in a similar state of mind; fascinated and fanboyed by the captivating and serene scenery, comfortingly calm pace of life and gratifying nature friendly practices of Sweden. No one here, seems in hurry and rush to keep up with the crazily fast-moving global life and yet they are far ahead and avant-garde in anything one can think of.

Being an immensely family-oriented person, I have spent many years of my life giving up admissions and scholarships at various institutions of the world. My son, being the most joyful reality and purpose of my existence and my parents, in whom service I find the eternal pleasure and fulfillment and without their prayers I cannot tread even one inch ahead, have been my ultimate priority. Highly career oriented at mind and driven as well as passionate for my development sector professional work, but earnestly blessed by Allah for keeping my head straight to be present and attentive as a daughter, a sister and above all as a mother to attend all family callings. In all of this, I let go of many opportunities of further studies or better jobs abroad and Allah is witness, I have no regret at all. And now when, The Almighty definitely knows for sure, time is the most feasible I have taken up to pursue further studies in Sweden and I am conversing with you all from Stockholm. Allah willing, I shall keep my readers along this journey.

One of the Scandinavian countries, Sweden is the largest country in the Nordic Region with over 10 million population. Only 8% of dry land and around 70% forests, Sweden consists of about 24000 islands and around 100,000 lakes. Norway and Finland are among the neighboring countries. Sweden’s Arctic north is called the “land of the midnight sun,” because in Summers the sun never sets. In the fall and spring, there are spectacular natural light shows in northern Sweden called as the ‘Aurora Borealis’, or ‘Northern Lights’. No, I have not seen it yet. I shall, InshaAllah.

Krona (I know; no, it’s not Corona.) is the official currency. It is another interesting and unreal sounding reality, that its mostly a cash less economy. Cash is hardly accepted anywhere; may it be retailers, big shopping malls or restaurants. Even banks do not accept cash. One has to pay by card. You might be surprised to know that Sweden has monarchy with King Carl XVI Gustaf as the head of the state. But, it’s a constitutional monarchy and so powers rest with the parliament. With 3% of GDP spent on research and development, focus on technology advancement is one of the major reasons behind exports of high value goods and services which include cars, electronics, iron, steel and paper.

Sweden is home to some of the most iconic inventions, practices and brands. From the lifesaving pace maker and ultrasound, synonym to exceptionally high quality and safety automobiles like Volvo, digital gadgets and platforms like Global Positioning System (GPS), mouse, flat screen monitor and Skype, popular brands like IKEA and H&M, to daily use items like zipper and safety matches – there are a lot many handy and revolutionary items at the credit of Swedes. And of course, not to forget, The Vikings, the giant size pirates of pre-historic times. Known for being highly reserved and conflict averters, Swedish nation is greatly known for their passion for fashion, designs and innovations based on simplicity, minuscule detailing and practicality. Their love for conservation practices is unprecedented.

Sweden is most known and commended for its nature loving and preserving practices. Sweden is one of the most sustainable countries and the world leader in clean energy with continued reliance on renewable energy sources and low carbon dioxide emissions, as well as social and governance practices such as an intense and high volume of recycling. Swedes recycle about 84%of their used plastic drink bottles and aluminum cans. Yes, its huge?? On every purchase of a plastic bottle or can a minor deposit be kept, which the consumer gets back upon return. Huge reverse vending machines are installed at all big stores for this purpose.

Stepping up, from recycling, new quest is to increase the reuse. They are adopting ‘Circular Economy’, which is an approach that involves using products that can be reused completely, a so-called cradle-to-cradle approach – how fantastic! With its cutting-edge technology, Sweden has pioneered several wonders. One of such, which I find immensely enchanting is the world’s first ‘Electrified Road’. The 1.2-mile route, between Stockholm Arlanda airport and a logistics site, actively charges cars and lorries as they travel along it using an innovative energy transfer system. It reduces energy consumption and carbon emissions.

Under the welfare state system called as ‘the Swedish model’, all Swedes have access to publicly financed health care, unemployment stipend, child care, free education at all levels, elder care, and at least five weeks of paid vacation per year. What else does one need in life??.

To conclude it on a tip; there is an interesting historical limited series ‘The Unlikely Murderer’ on the unfortunate assassination of the then, 1986, Swedish prime minister Mr. Olof Palme, who was walking home from Cinema with his wife without any security. You might find it on Netflix. Happy Watching!

Allah Hafiz, till next time.