Sudden increase in number of tourists in Murree after first snowfall 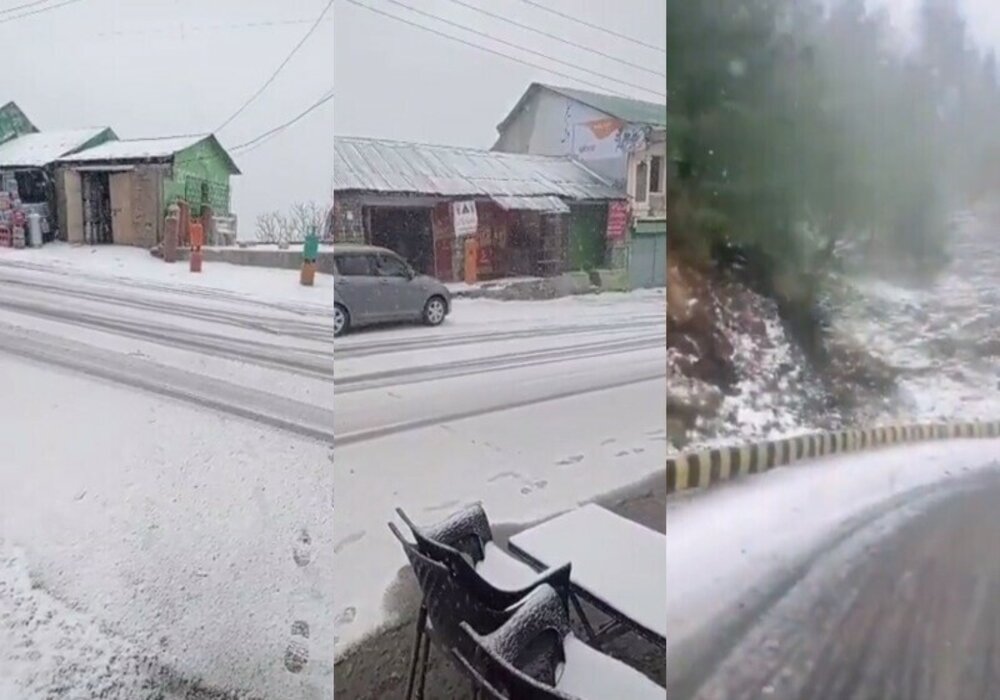 Murree has received its first snowfall of the winter on Thursday after which there has been a sudden increase in the number of tourists.

The administration has announced that the entry of vehicles will be restricted at the hill station this time but the tourists were desperate and there were reports of traffic jams on the roads leading to Murree from both Rawalpindi and Abbottabad.

Last year 22 people were killed in a snowstorm in Murree. In view of this tragedy, the administration has made strict arrangements this season.

Apart from Murree, Swat and Mansehra also received snowfall. Snowfall in Murree started during the day and fine layers of snow started forming on the roads.

With the snowfall, the temperature of Murree reached minus three degrees Celsius. Cold conditions also prevailed in Rawalpindi, Islamabad and other nearby areas.

Relief Commissioner Naveed Ahmad Shirazi has already announced that not more than 8,000 vehicles will be allowed to enter Murree.

A record of vehicular movement is being maintained and monitored with CCTV cameras.

No vehicles are allowed to enter Mall Road inside Murree. At least 13 relief centres have been set up in Murree. Citizens have been instructed to call 1129 in case of emergency.