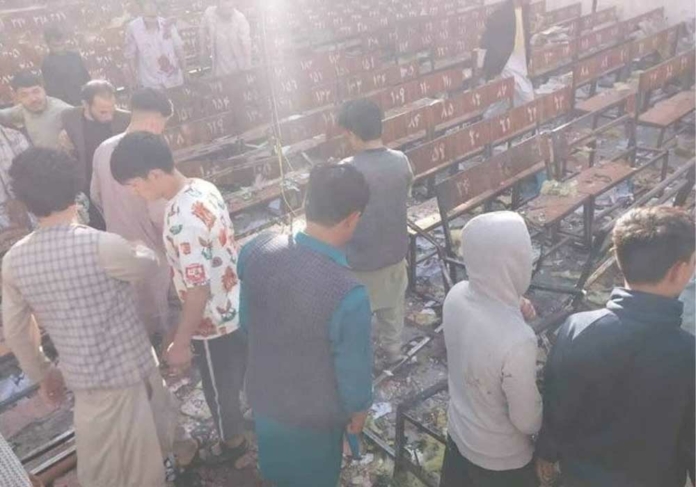 Dozens of people have been injured and at least 19 people have lost their lives in a suicide attack on an educational institute in Kabul on Friday.

According to Kabul police spokesperson Khalid Zadran, the attack occurred at an educational institute named “Kaj” where an entrance exam was being held.

“The official toll was 19 people dead and 27 wounded,” as per Zadran’s statement on social media. “Attacks on civilian targets that prove the brutality of the enemy is strongly condemnable.” He tweeted without mentioning who was suspected to be responsible for the attack.

The explosion occurred in Dasht-e-Barchi, a predominantly Hazara (an ethnic minority, mostly Shia, that has been targeted in previous attacks by the ultra-radical Islamic State and others) neighbourhood west of Kabul, as cited by media.

Afghanistan Interior Ministry spokesman Abdul Nafy Takor stated that the investigation teams have been sent to the crime scene to investigate. As cited by Reuters, a hospital source claimed that 23 people have died whereas, According to a Taliban source, 33 people were killed, including female students.

A witness of the attack, Ghulam Sadiq (a resident) said “My friends and I were able to move around 15 wounded and 9 dead bodies from the explosion site other bodies were lying under chairs and tables inside the classroom,” as cited by the report.

According to Kabul police, this story is developing and as of now, no one has accepted responsibility for the blast.