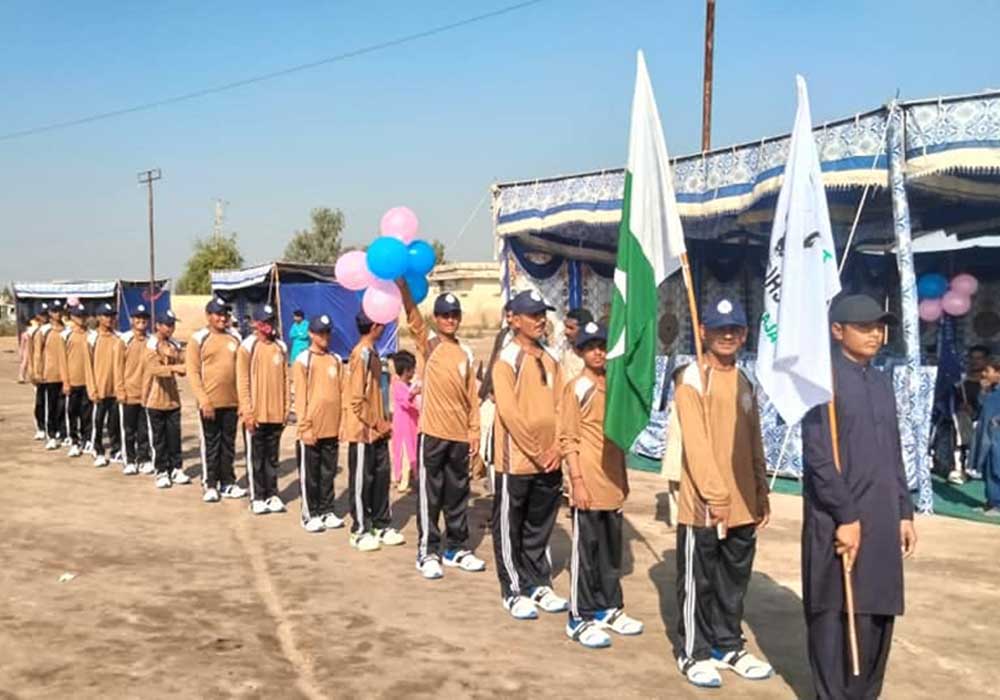 A 16-day winter sports festival kicked off in Sujawal after a fascinating opening ceremony at Irrigation Department Sports Complex on Sunday evening.

The event, jointly inaugurated by Sujawal District Commissioner Imtiaz Ali Abro and MNA of Pakistan Peoples Party Syed Ayaz Ali Shah Shirazi, will continue to entertain the local population of the coastal district for two weeks. Around 1,845 players from across the district participated in the event.

Differently-abled children will also be featured in the festival, taking part in various sports activities. This event would bring some hope and happiness to the faces of the people of Sujawal who had recently faced calamities such as heavy rainfalls and subsequent floods.

Sharing the objectives of the event, the DC said that the event aimed at promoting local talent and ending a sense of deprivation among the youth. Talking about the importance of the event, he said that these sorts of events “showed we were living in a vibrant society that provided an opportunity to its talented youth.”

MNA Shirazi said that PPP as part of a development scheme had given cricket grounds in all five talukas of the district. “It showed the interest of PPP towards youth empowerment. Such events will prevent youth from indulging in evil habits.”

He further said that the people in low-lying areas of Sujawal had suffered huge losses following the recent floods, adding that the stakeholders were trying to work for the uplift of the marooned people of his constituency.

Member of Sindh Assembly Heer Suho said it was the first event of its kind after the spring sport festival held last year. She furthered that “such events put our society on the path of persistent progress.”

The district commissioner, talking to local reporters later in the day, requested special coverage of the event, saying a music and food festival would be held on the last day of the festival in which notable artists would project their skills.

He asked the people of Sujawal to encourage local talent as much as possible. Matches of cricket, football, table tennis, 100-meter race, kabaddi, Sindhi wrestling (Malakharo) and badminton would be played, with top performers getting medals and cash prizes.