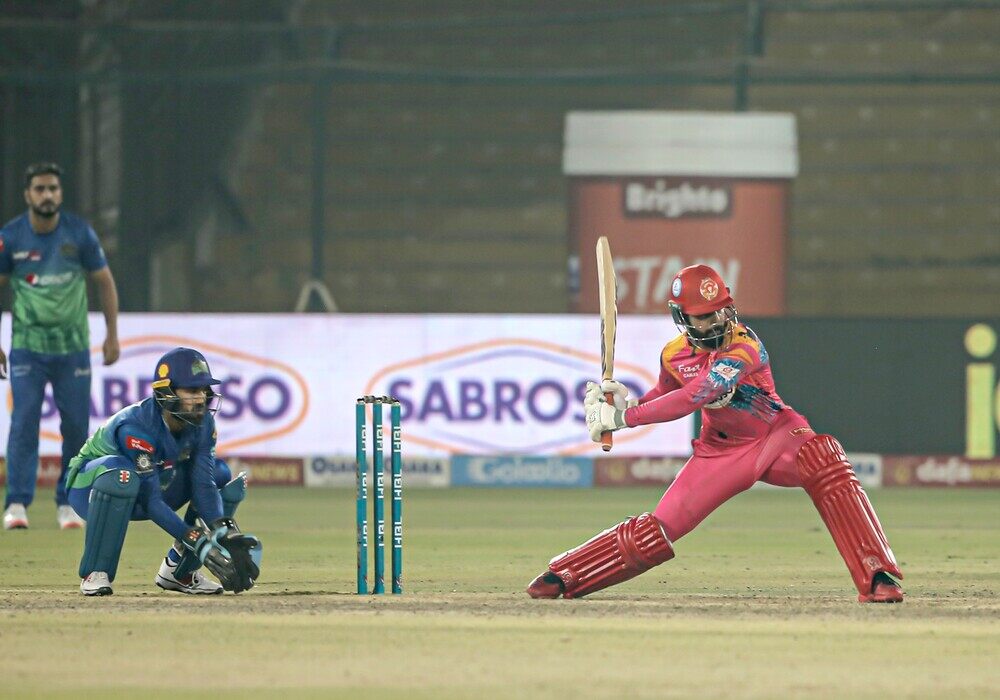 Defending champions Multan Sultans defeated Islamabad United by 20 runs in the ongoing HBL PSL 7 at the National Stadium Karachi and secured their fourth consecutive victory in the tournament while remaining unbeaten. Shadabâ€™s brilliant innings of 91 runs was not enough for Islamabad United to take them to victory.

In the pursuit of 218 runs, the entire team of Islamabad United lost courage at 197 runs in 19.4 overs. Captain Shadab Khan played a brilliant inning of 91 runs. Playing with a strike rate of over 216 off 42 balls, his innings included 9 sixes and 5 fours. However, he did not get encouraging support from the other end, so the captain’s innings was in vain.

Earlier, batting first, Multan Sultans scored 217 runs for the loss of 5 wickets in the stipulated 20 overs. After losing the first three wickets for 78 runs despite opener Shan Masood’s 43, Tim David and Rilee Rossouw shared a 110-run stand for the fourth wicket to take the Multan Sultans’ total to over 200.

Tim David played a brilliant inning of 71 off 29 balls with 6 fours and 6 sixes. Rilee Rossouw scored 67 not out with a strike rate of 191. His innings included 6 sixes and 4 fours. Muhammad Waseem, Merchant de Lange, and Hassan Ali took one wicket each.