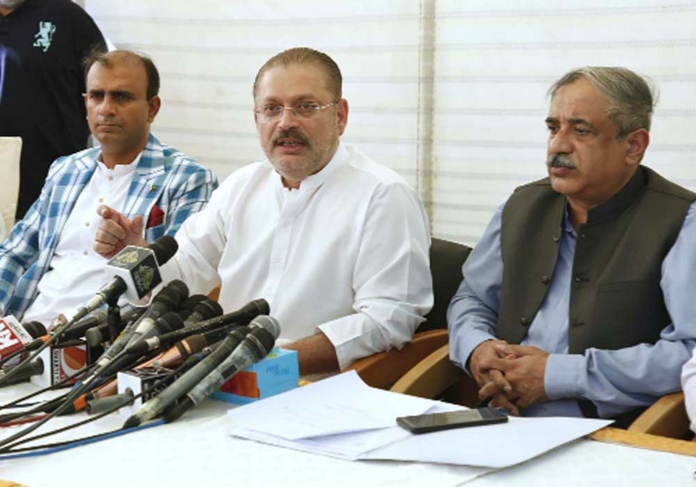 Sindh Information Minister Sharjeel Memon announced on Friday that the suspect behind the terrorist attack on a dental clinic in Karachi was arrested.

“The suspect had no personal enmity with the victims. He carried out the attack to spread terror,” the Sindh information minister said while sharing the news of the arrest in a press conference along with CTD officials.

The minister shared that the terrorist was nabbed on a tip the police had received. He added that a raid was conducted for the arrest after the suspect was identified with the help of CCTV footage and latest technology. The suspect was identified as Waqar Khushk, and the minister adding that he confessed to have carried out the crime and further investigations were underway. The suspect belonged to the banned Sindh Revolutionary Army, Memon said. The police also recovered a motorcycle from the possession of the arrested terrorist, he said.

Last month, a person was killed while two were injured in an attack on a Chinese dentist’s clinic in the Saddar area of Karachi. The then unidentified suspect arrived at Dr H U Richard’s clinic as a patient and opened fire as soon as his number for the treatment came, the police said. Senior Superintendent of Police (SSP) South Syed Asad Raza said that Dr Richard’s employee Ronald was killed in the incident, while the dentist and his wife Margaret sustained injuries. The SSP had also shared that the couple was now out of danger, adding that the injured and the deceased held dual nationalities.