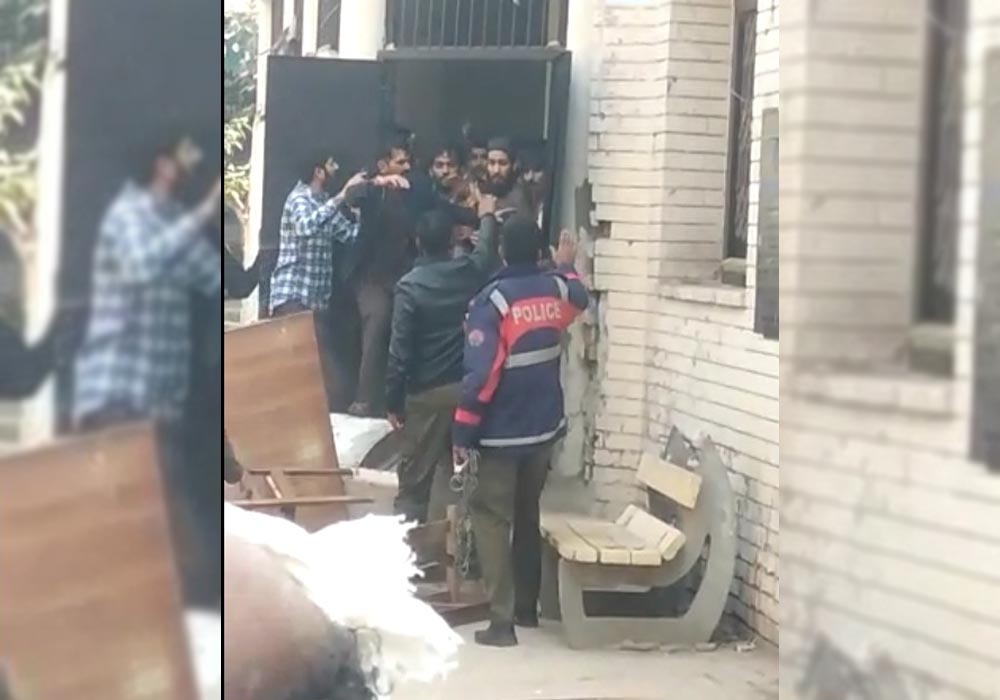 Dozens of suspects involved in different cases escaped from the judicial lockup at Model Town Courts on Monday.

Police had produced the suspects before different courts for proceedings in different cases.

Witnesses said that there was a small number of constables, who failed to control the angry suspects.

In videos of the incident, the suspects holding clubs could be seen shouting angrily at the police constables.

Taking advantage of the situation, some suspects ran away.

A lawyer stated that it was surprising that some of the suspects ran away while they were handcuffed.

The suspects were from the Kot Lakhpat Jail and Camp Jail in Lahore.