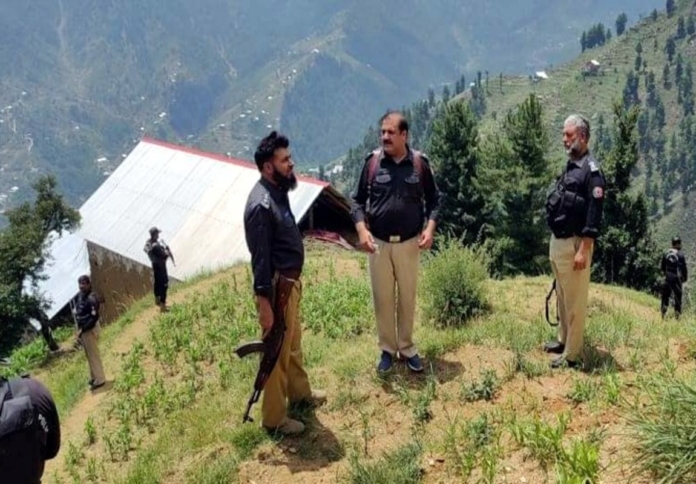 A large number of people took to the streets in Swat on Friday demanding of the government to take decisive action against “anti-peace elements” in the valley
while warning that they might take up arms to tackle terrorists if the authorities failed to play their due role.

The demonstrators gathered at Matta Chowk in the Khwazakhela tehsil of Swat this afternoon. It was the sixth protest by the locals since the resurfacing of the
terror activities in the month of August. The protest was jointly organised by two local organisations — Swat Olasi Pasoon and Swat Quami Jirga.

A large number of people, including the youth and elders, with leaders of different political parties except the PTI took part in the protest. The protesters said they would no longer tolerate terror activities as well as the presence of terrorists in the valley. They also called out the government for allegedly blocking the internet in most parts of Swat.

“The law enforcement agencies and the state institutions must keep in their minds that the people of Swat are peace loving and they will never tolerate terrorism on their land in any form and by anyone,” said PkMAP leader, Sher Bahadar, as he addressed the protesters.

They claimed that the state institutions had blocked the internet in the major parts of Swat, causing hardships to thousands of students. Some protesters warned the authorities of acting as vigilantes if they spotted any terrorists in the valley.

“We also want the law enforcement agencies to vacate all educational institutes in Swat
so that our youth can properly get an education,” said Dr. Amjad, one of the protesters.

“If someone thinks the people of Swat would flee their land and allow terrorists to settle in the valley, it is their misconception. It’s a united call from each one of us when we say no to terrorism,” said the Vice President of the Swat Traders Federation, Dr. Khalid Mehmood.

Similarly, Swat Qaumi Jirga member Sher Shah Khan said that the people of Swat were surprised that the terrorists allegedly wanted to enforce Islam in the valley, despite the fact that people in Swat were strict followers of the religion.

“Islam can never be imposed through terrorism,” he said, adding that the people of Swat would not step back until all militants were eliminated from the valley.

Local leaders including SQJ member Mukhtyar Yousafzai, Fawad Bacha, Mazhar Azad, ANP district Swat president Ayoub Asharey and other elders of the area also addressed the rally. They said they would organise another protest in Charbagh tehsil of Swat next Friday.