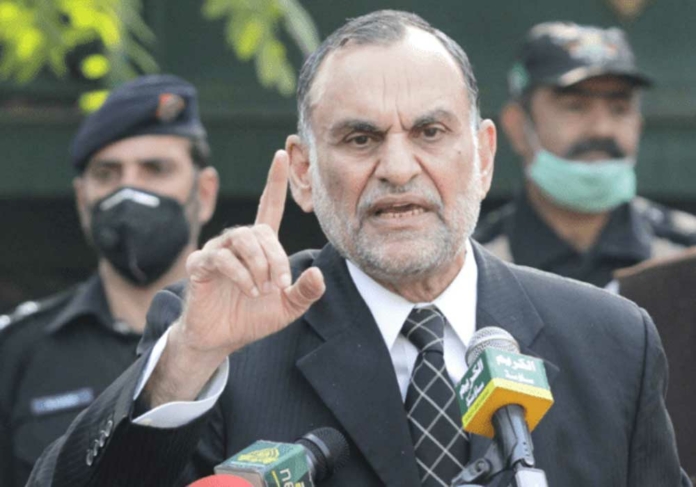 Pakistan Tehreek-e-Insaf (PTI) Senator Azam Swati has filed plea for return of his seized belongings along with provision of the copies of arrest and search warrant in the controversial tweet case.

Swati was arrested by the Federal Investigation Agency (FIA) on October 13 after his controversial tweet. He had remained in custody for some days and was released later upon acquiring bail. Earlier it was being alleged that Swati was tortured during custody but later on he had alleged of an obscene video of him and his wife when he was staying in Quetta.

The petition has been filed in the court of civil judge Muhammad Shabbir in which investigating officer and FIA have been nominated as respondents. Swati has made the plea that during the early hours on October 13 his house was raided by the FIA officials and belongings of his family, granddaughters and housekeeping staff were taken into custody.

The petition has further said that a total of 31 items were seized of which 26 including mobile phones, passports, ISBs, computer, DVD and CDs and other belonged to his family while five items belonging to staff were also seized.

Responding to the plea FIA informed the court that the copies of arrest and search warrants were attached to the reply while the digital devices had been sent for forensic analysis.